Bug's boo-boo
This topic has been deleted. Only users with topic management privileges can see it. 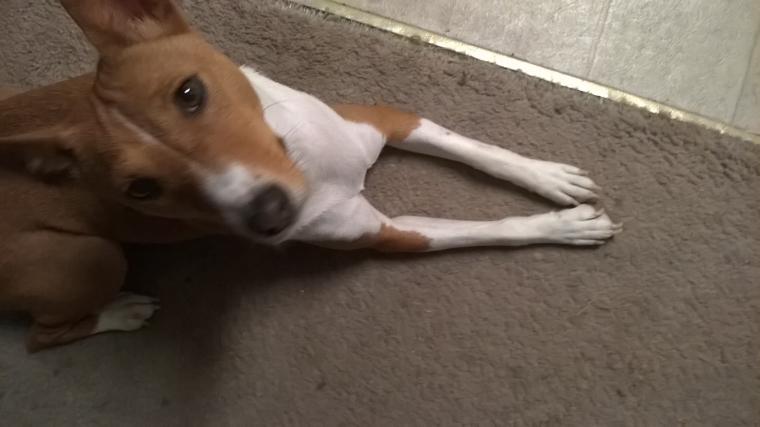 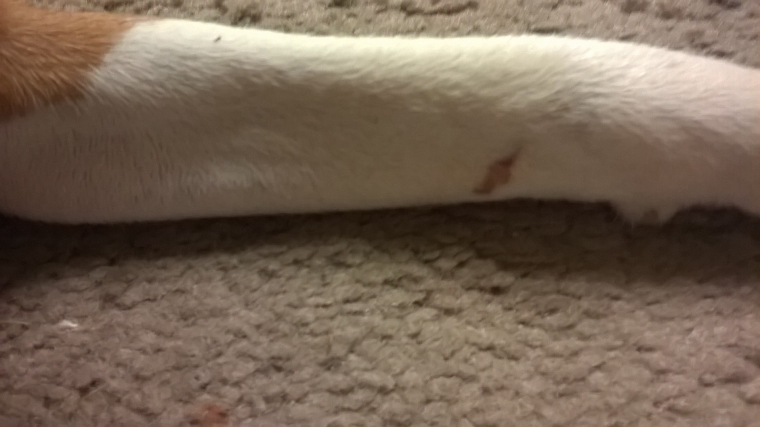 Bug was confused when I left her in the car at the house. I get it, she didn't understand that I had forgotten to turn off the stovetop or that I was going inside for (seriously) two seconds. So, when I packed up the car and realized the potatoes were still boiling, I dashed back inside to turn them off. And "doodle BUG" tried to follow. The window wasn't low enough for her to jump out, but it was low enough for her foot to get caught between the glass and the frame. Ouch!

I didn't hear her call out, but it scared her enough for her to accidentally poop, and she was trapped. Her leg was stuck in the window. Didn't leave her like that long enough to take a pic.

I carefully lifted her leg, gave her lots of "owy" love, appologized, examined her and cleaned up the car. It was really upsetting to see remnants of fur on the glass when I extracted her leg - and I'm being hyper vigilant about watching her. The area is bruised (visably) and tender, but otherwise she seems ok. She isn't favoring the leg and seems to be moving about as though she's (90%) a-okay. She just doesn't want me to "handle it".

The cut is visible. The swelling is less obvious. It doesn't appear to be broken.... but, should I be (more) worried about this?

I think you did just right... and since she is not favoring the leg, sounds like all is well. She may have some soreness tomorrow, however

Probably fine but if it was my dog I would take her to the vet for piece of mind. If not just keep a good eye on it and make sure it doesn’t show signs of swelling or infection.

The nurse in me says use a spray disinfectant. That way it will be clean but you don't have to rub it at all. I suspect all is well unless it gets infected.

I wouldn't worry about this at this point. I agree a disinfectant wouldn't be a bad idea but it would most likely just get licked off.

OUCH. I suspect it is more stressful to you than her. If you can soak it with warm water (I smear first with Polysporin) a couple of times a day, that might help it heal faster. Really feel daily for any heat or signs of infection, but I doubt there is much you can do that you already haven't done. Accidents happen, and it's very good she didn't panic and break her leg. Good doggie! She knew you'd help.

Poor Baby Bug (love her eyeliner!). Keep an eye on the owie. She'll be okay. It was a good lession for you to be proactive to avoid future potential b dangers. Vicks vapo rub will cover a wound but b's won't lick it. (Does anyone know of any associated dangers?) Give her a tummy rub for me.

Thank you (everyone) for both your compasion and advice. Much comforted!

Yes to disinfectant spray but also maybe some kind of anti inflammatory ? I use half a 'Children's Aspirin' to take away any risk of the scuff becoming inflamed. Poor wee Bug ! LOTS of tummy rubs - and in future some kind of reminder in your pocket when you need to think about something ?
(I keep a clothes peg to remind me to empty the washing machine and a hose joint when I need to stop watering the garden. Not suggesting a potato - but something ?)

Awwww what a wicked Mum. Your guilt levels must be through the roof. I bet you didn't tell her what you where up to before you left the car.
I always tell George that I won't be long, or I'll be back soon or even wait there I'll be back. I often forget something and leave George in the car and nip back indoors. His eyes never leave the spot where I disappeared.