Is this typical?
This topic has been deleted. Only users with topic management privileges can see it.
H
H
hgranfield Reply Quote

My 2 yr old Rat Terrier - Basenji mix sleeps with his head buried between pillows and I’m afraid he’ll stop breathing!
Is this typical? His head is stuffed between the green pillow and the blue one. 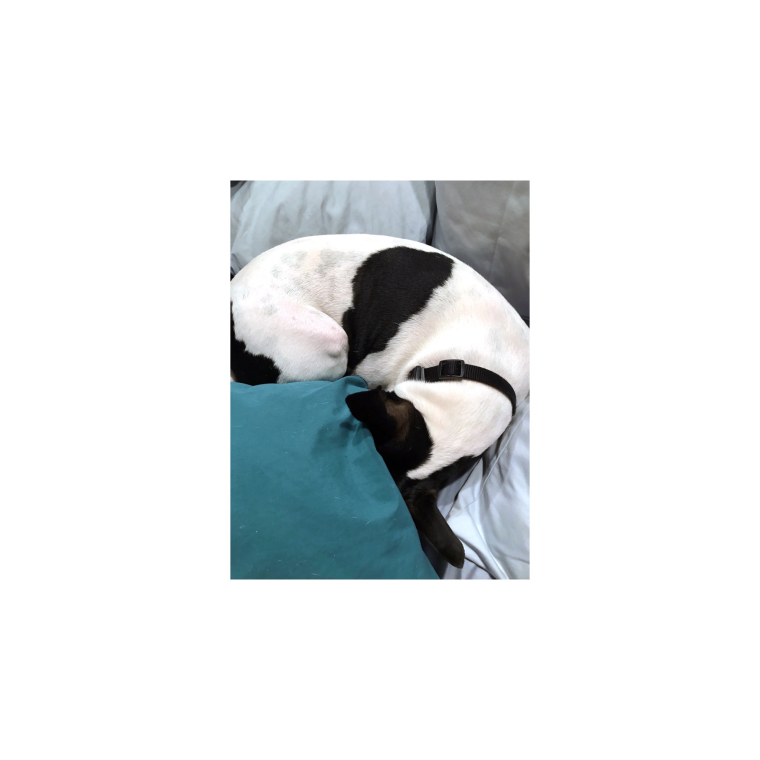 My purebred basenji girl loves to cuddle with her head stuffed in my underarm. No worries, they'll surface if they need air.

Not a problem. My female will crawl as far under the sheets, blankets, and comforter as she possibly can when its time for bed - even in summer she'll crawl under. Plenty of air.

Many love to sleep under covers totally. If Cara is on the couch or not covered on the bed, she covers her face/nose. Pretty sure it's cold, lol. But no, they won't suffocate. 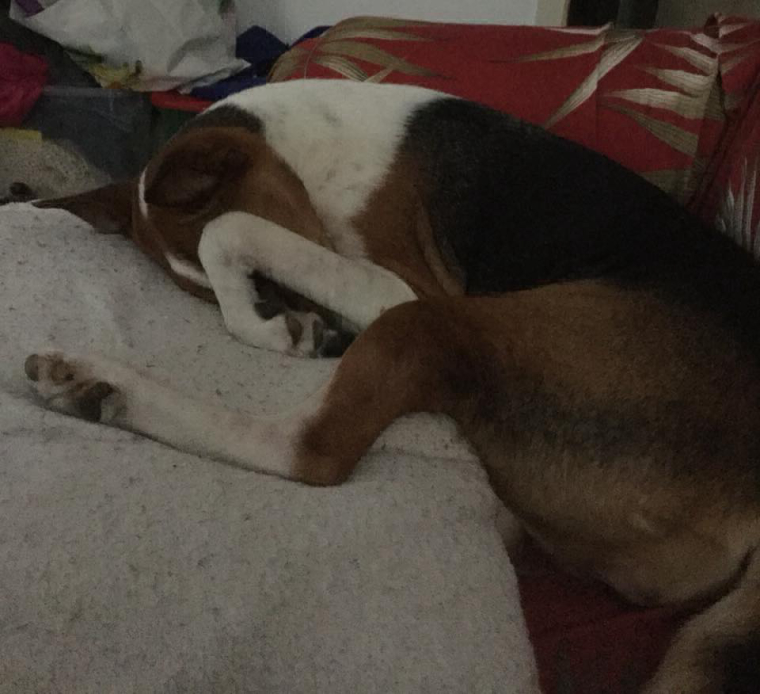 Thank you all! This is the first time I’ve joined a forum. Had they been in existence 35 years ago, pregnancy, childbirth and raising my kids would have been much less stressful!!
Now I can go to sleep, not keeping an eye on Jack bc I’m afraid he’ll suffocate! Again, thanks for all your advice.

@marty YES!!!! Mine does that too. Can’t imagine what makes it appealing to him!

Both mine sleep under blankets if they can, they also sleep under the covers in bed. Never had a problem with them, Basenjis are strange dogs though!

My female B mix LOVES to bury herself in things... she crawls under, then curls into a ball... its the cutest darn thing.... Don't worry, this is really normal.

He is completely comfortable, and feels safe to sleep in such a vulnerable position.

I used to take two of them camping, and they always sleep at the bottom of the sleeping bag, and when they need to go to toilet, watch out - there was no stopping them, so be ready if you sleep in next to nothing.

Whenever we were away for a show, the dogs became bed-dogs. Deedles used to come right under the duvet and snuggle up between my legs. Which was fine until he did want to surface, either for air or because he was too hot. He would sit up, stretch, and wiggle his shoulders until the duvet came right off and fell on the floor at the foot of the bed.

Which left ME cold and needing to get out and recover the duvet. . .

Deedles would lie on top for a while, then burrow under again and repeat the performance.

Don't worry about it !