Maggie & Sonny on their playdate
This topic has been deleted. Only users with topic management privileges can see it.

These two are the very best of friends and have been known to play like this for hours:
Maggie & Sonny playing

The whole family has gone a little Basenji crazy. Check out my birthday cake this year - 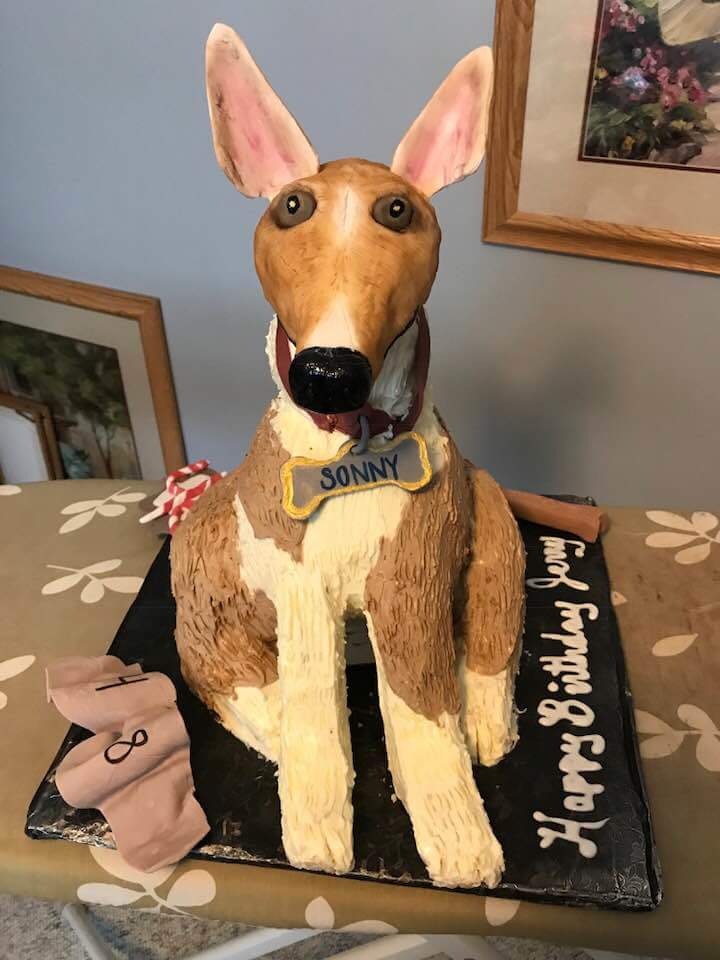 Very cute. The cake as well!

Looks like you are having a good time, which is what dogs are all about in this day and age.

What a great cake!

The basenji cake is hilarious! I love it!

Amazing cake! What are those ears made out of?

The cake part is the torso right up to the head. The legs were made from rice crispy cakes and frosting. The head, ears, name tag and collar are made from fondant. A friend made it as a surprise - boy was I surprised!

Naturally Sonny wanted to eat it - he really doesn't like competition! 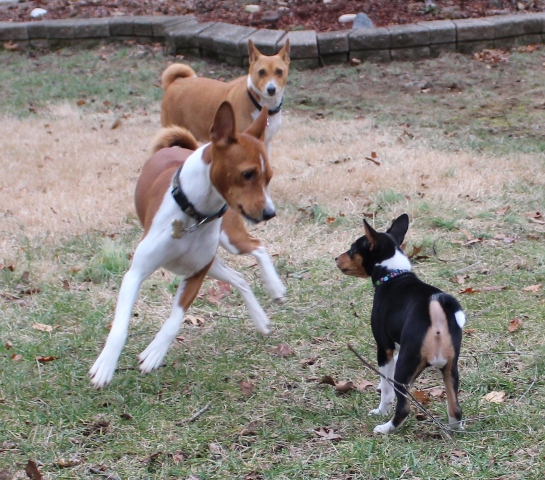 Okay so I'm slow and missed seeing the link to the video. I'm laughing so hard because the bopping on head, rearing pawing... it's what we get here with Moose the Samoyed and Cara. Happy video. Thank you for sharing it.

Since you also have a small pack of B's I have to ask... do they ever peform Basenji Operas?

My older male and female will "sing" back and forth at each other, usually trying to resolve a dispute such as who gets the best seat on the couch. It can go on for up to five minutes, but they will not do it while a family member is in the room. Their songs consist of something like the "ba" part of a baroo, but drawn out for ten seconds or so for each "verse".

I've been trying to capture a recording of one of their operas, but as soon as I get near them they stop mid-performance!

@debradownsouth What video link? I cannot find one!

@SonnysDad I have only had 2 basenjis at a time, now just one basenji and one Samoyed. Sadly, only my first basenji talked a lot. The 2nd one was pretty silent except demonic noises when mad. Cara makes crazed noises when playing, but she doesn't really talk. The Samoyed makes up for it. You need to film your guys doing it!

@debradownsouth I got a 500 error from Google with a broken in pieces robot. Have no idea what that means. (Found the link in the highlighted dog names).