Do you think he is part basenji or Jack russell?
This topic has been deleted. Only users with topic management privileges can see it.
J
J
jlrice1986 Reply Quote

Hi!!! I have a new puppy. I did not get him from a great breeder or rescue. I work at Walmart and some customers came in with a tiny puppy. I had been wanting a chihuahua mix for a very long time. They told me it was a Jack russell/chihuahua mix and he was 8 weeks old. Of course I had to have him because I lost my soul dog who sas a Jack Russell 6 years ago and I think about him every day. I thought that it was fate to have this puppy come into my store and have it be part Jack and part chihuahua. Impulse driven, I got their number and got the puppy the next day. These people were not knowledgeable about dogs at all. They did not breed them. They said their friend's dog had puppies and they were finding them homes for them. I took him to the vet and they thought he was only 5 weeks old! Ugh! He weighed 1.2 pounds. Now at 13 weeks old he weighs 5lbs. He is growing quick. He doesn't really do a single bark often. Have maybe heard a single bark twice since the 2 months I have had him. He kind of bays like a hound all the time. I don't think he is part Jack anymore. I'm really thinking he is part basenji. The markings, the head shape, the very curly tail, the "bark" is just leading me towards basenji mix. I looked up the basenji yodel and it sounds so much like him!! What do you thinks!?!? 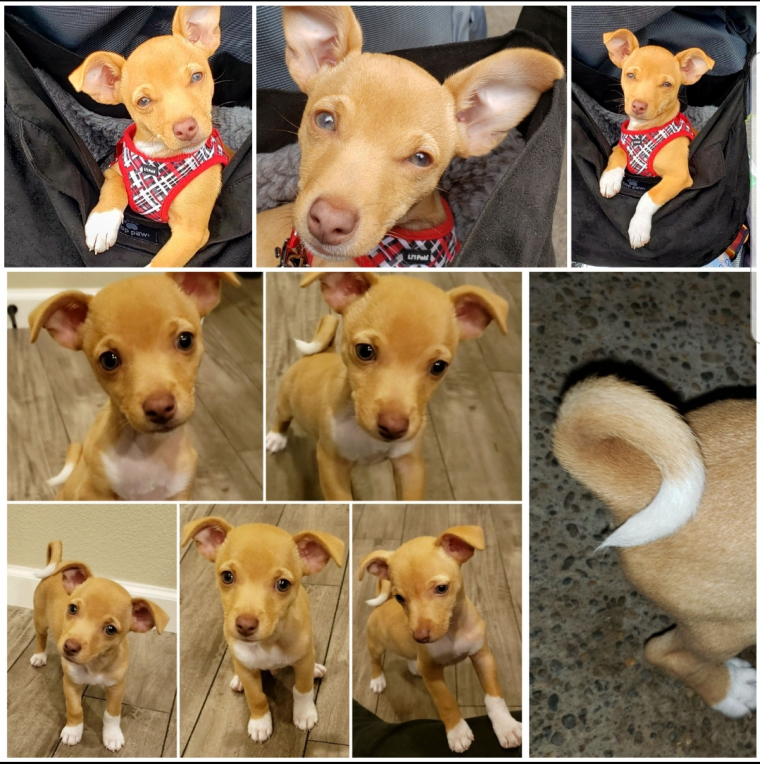 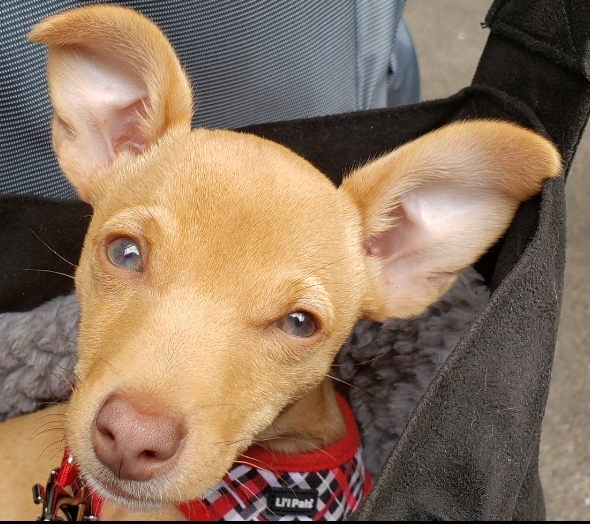 He is very cute.... regardless of what the mix is..... could be a Basenji mix

I love him very very much. He is such a great and easy pup! 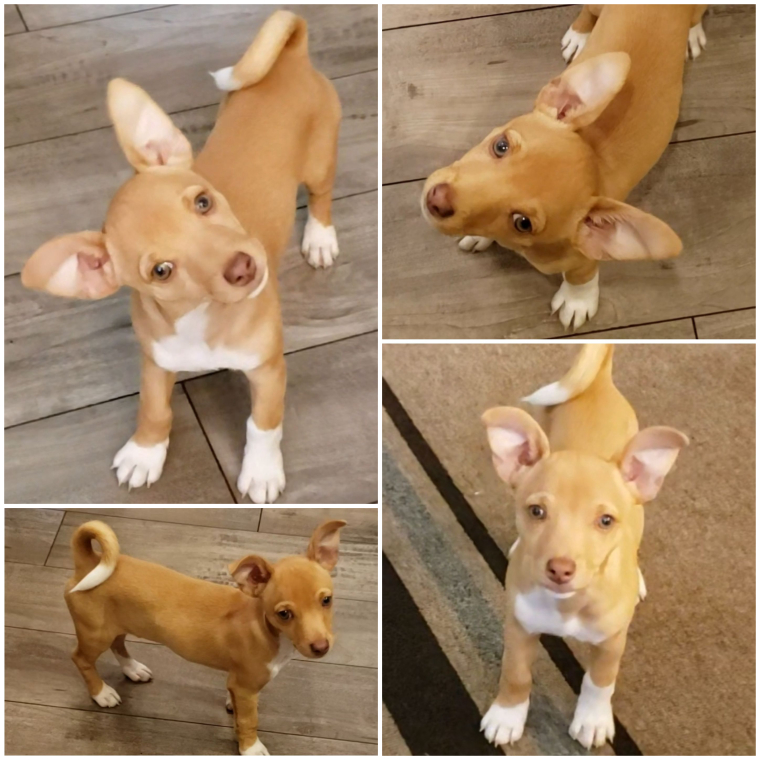 @jlrice1986
Regardless of what he is - he is beautiful! You are both lucky to have found each other! He does look part Basenji to me! Congratulations on your new pup!

Talk about adorable. I see why you wanted him. He does look like a basenji with the tail and some markings. Congratulations

Not sure what he is mixed with - but he is 'Himself' - unique - and has found you ! DNA test will tell you if you want to know. He is absolutely enchanting - Lucky people (and doggie !)

@jlrice1986 I would recommend getting a DNA test done. He looks predominantly basenji and there are health concerns which you need to know about if he is. Fanconi is one which you can test for. Reading through the forum will also help you a lot as they are a very unique breed. Challenging but incredibly rewarding.

Very cute! I own a basenji jack russell She has basenji markings but barks like a JR and is extremely energetic!****

@mamicam said in Do you think he is part basenji or Jack russell?:
He's darling. Brat had a half chihuahua/half baseji on the mixed page years ago. So who knows. Whatever, that' is one cute fellow!

A basenji/jack russel would not be affected by Fanconi as it is necessary for both parents to have the gene. Unless the parents are also mixes with fanconi genes. However I agree the DNA can give a lot of value for health as well as cues about what breeds are in the mix.