Windy, cool, and cold weather clothing
This topic has been deleted. Only users with topic management privileges can see it.

@vovka11
Wow, that Hurtta Extreme Overall looks perfect. What did you get, and what size, if you don't mind me asking...

@kembe thanks for sharing this link. I will be getting my Simba something from there. Because nothing I find local really works for long.

last edited by
B
B
Beth314 Reply Quote

@sanjibasenji Bravo! Nice vid. I guess she chooses to use the word "command" from the military training days rather than "cue" which is used by professional animal trainers ... but, no matter, +R makes training so very fun!

Faro wares Hurtta 40 sizes. But again, the best would be to try at first. As it sometimes is 38 and then 42.

@sanjibasenji @Beth314 The video shows some basics of positive reinforcement in operant conditioning, and the only issue I have with the terminology is that it can be confusing if someone is going back and forth between different trainers when they don't use the same words. That said, the other really important thing that she doesn't get around to in this video is "fading" out both the clicker and the food reward once the dog understands the cue (or command if you prefer). When something is on cue, then you really need to switch to an intermittent reward, and you don't need to use a clicker once the behaviour is learned, that is for training only. It's important, IMO, to replace food with verbal praise much of the time, particularly for behaviours you will be asking for frequently. It should not be necessary to constantly feed your dog to get obedience!

@eeeefarm
Agreed. This is just one of her free videos, the point being that one can train their dog get accustomed to their clothing. (We completed her month-long course online that covers the details you raise).

one can train their dog get accustomed to their clothing

Absolutely! And what you are going for here is that the dog doesn't just accept the clothing but is happy to have it put on, because you are pairing the clothes with something pleasurable. Will work for most dogs, not all. OTOH, the "not optional" approach also works, and once they associate clothing with being more comfortable outside that becomes reward enough. However, your approach will be more palatable for most pets and owners as long as you don't encounter a dog that just says "thanks, but no thanks". 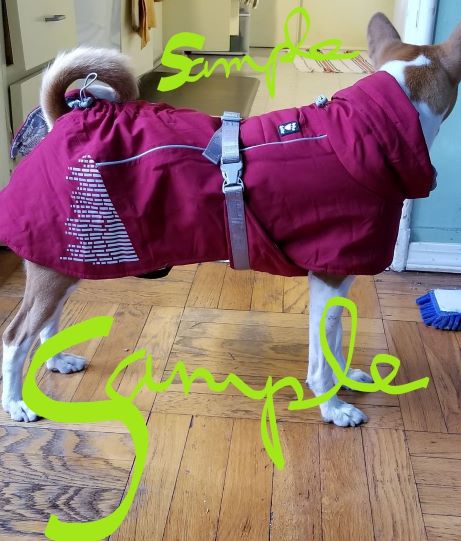 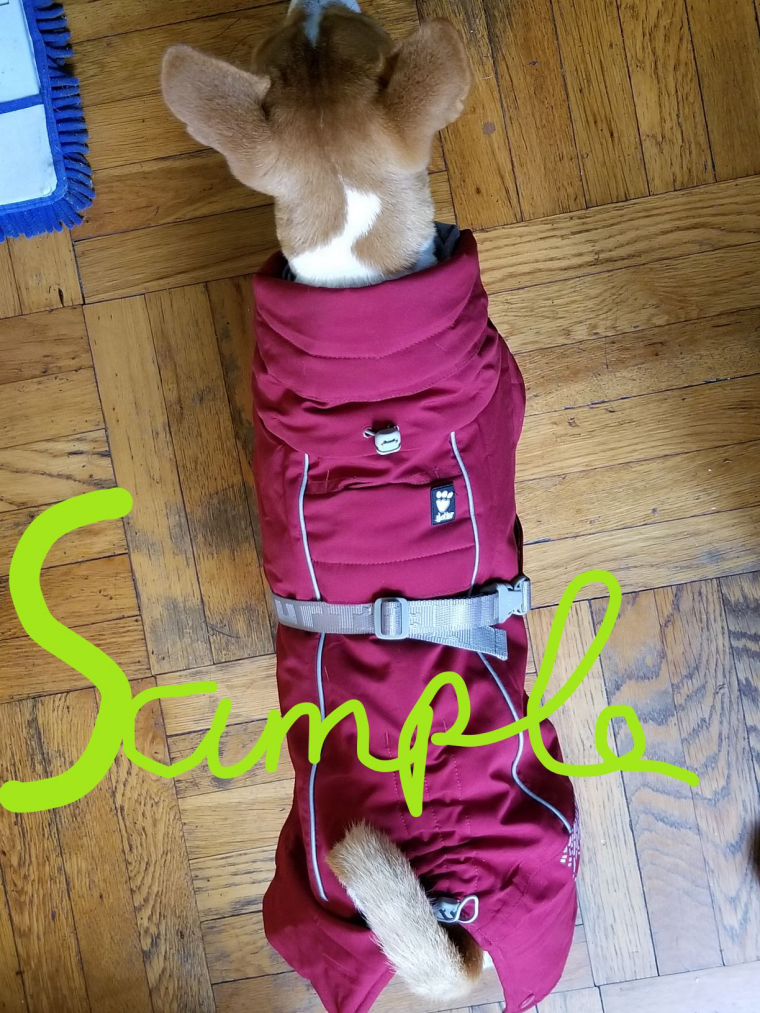 Thank you so much! I'm really keen on getting the Hurrta "Extreme Overall"
https://hurtta.com/collections/warm-clothing/products/extreme-overall

What size did you get? Yours looks a lot like my pup.

@sanjibasenji
I tried from size 12 to 16 and size 14 fits best. She's a 24-25 lbs adult.
Size 12 was about 1" short at the tail once the rear elastic adjustment was fully expanded. Size 16: I had to tightly cinch same elastic and it looked a bit long, though that would have been fine.
The best feature is the snood!!!
[copyrighted photo]

We're in sunny California so leg coverage is not as essential.

Yes, it would make sense to wait until the fall if weather permits. The suit is adjustable at many body points so you can probably buy the adult size and tighten the needed areas until Sanji grows into it.

BTW: our coat's color is Lingon and is much darker than pictured. Closer to burgundy shade. 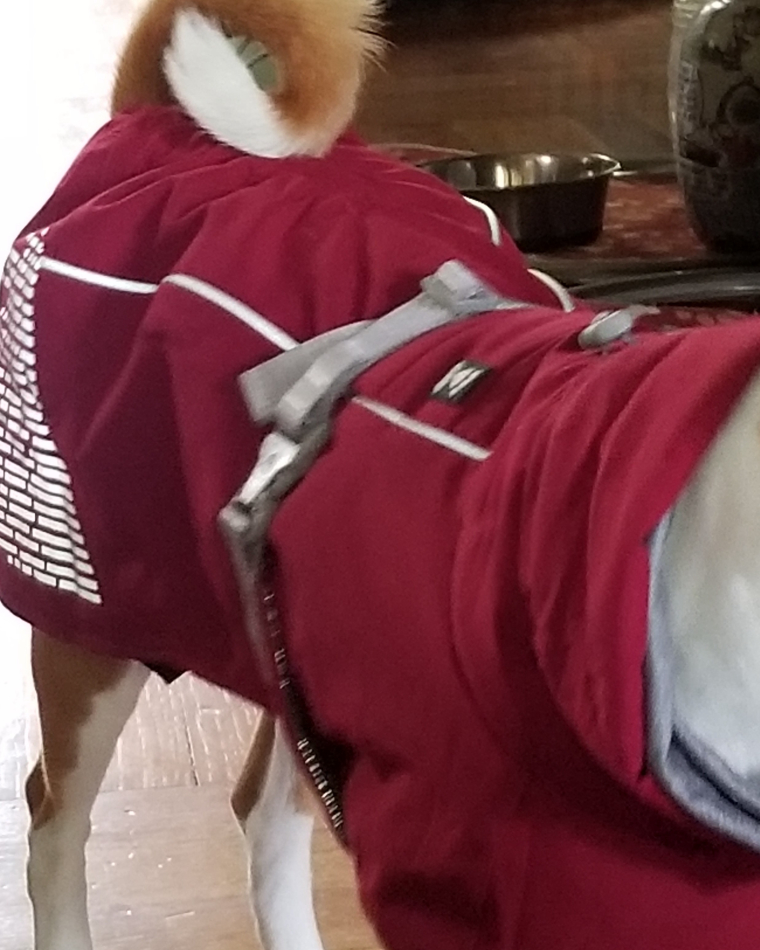 Thanks, that's a big help! BTW, I'm from the Bay Area, but have been in MI for 20 years. MI is like living in the Sierra Nevada mountains, like Truckee or Reno, which is why I think I need the outfit that covers the legs too. When I order, I'll go for the 14 and see how that works. Again, thanks.

My old man did not deal with Boise winters. I went to the the salvation army and bought him a little kids hoodie. He liked it and was never bothered by the hood occasionally falling over his head. He learned to flip it back.