My Basenji boy, Gadget
This topic has been deleted. Only users with topic management privileges can see it.
D
D
Dreamskape Reply Quote

Hello. I've been lurking for awhile and finally decided to introduce myself to the group. My name is Jackie and I'm originally from Indiana but now living in Costa Rica. Six years ago I went into the pet store to buy treats for our beagle and came home with a 13 month old Basenji mix. lol. His eyes met mine as I walked in the door and he wouldn't take his eyes off me. He was shaking and very nervous. It was an instant bond between us and I knew I had to take him home. His story was quite tragic. His previous owners were an elderly couple who where about to lose their home and the husband shot the wife while she was sleeping and then killed himself. I believe that "Tipper" (his name at that time) may have been in bed with her when she was shot and killed and that the husband may have been abusive.

Gadget (his name now) was very skittish when he came to live with us and it took several months before he would even come near my husband. But now he's a happy boy who is my constant companion, always at my side in whatever I do.

This is my very first Basenji and found that I love the breed! It hasn't been without it's trials and tribulations though... He can be very stubborn. When I give him a command he is always thinking about what's in it for "him"... so sometimes he obeys, and at other times he does not. Just depends on whether it's to his benefit or not. LOL And we have had some aggression issues around other dogs... especially those that come into our yard. He is definitely an Alpha dog and has been in a few scuffles with our neighbors female Staffordshire.

But overall he's been a complete joy to have around and I am so glad he came into our lives. 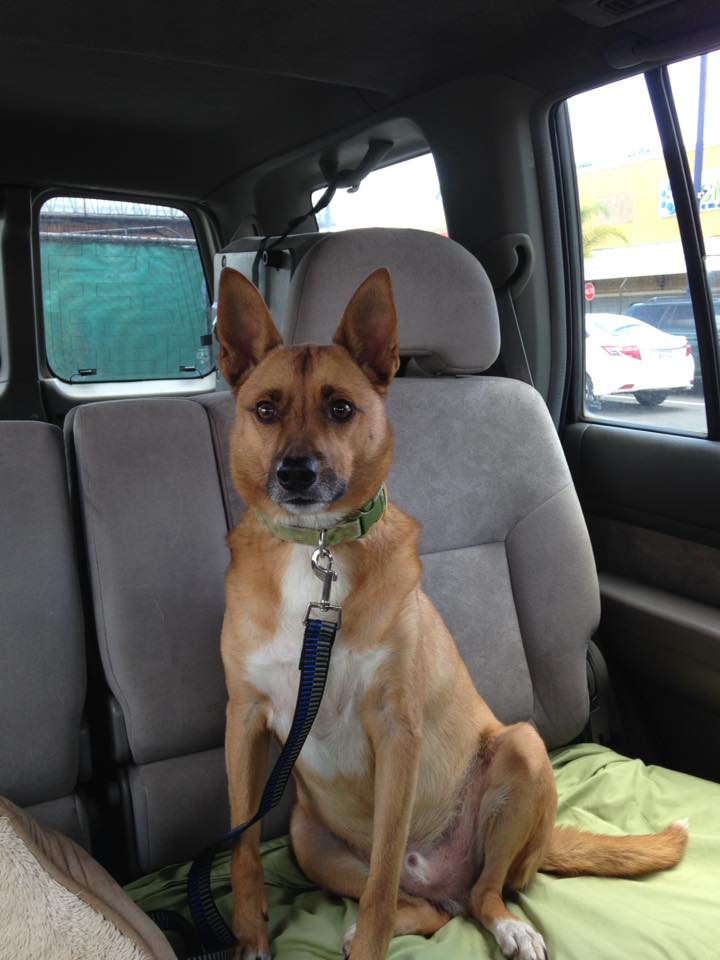 Welcome Jackie! What part of Costa Rica? We have a friend visiting us who has been living there about 6 years. How big is Gadget?

The "stubbornness" - ""what's in it for me" - all all Basenji characteristics. You are both so lucky to have found each other. He is gorgeous!

He's a cutie. So glad it has worked out for you (and him)!

That "what's in it for me" is definitely a trait. LOL

@debradownsouth We live in the Central Valley, near Grecia. Where do your friends live? As for Gadget, he is about 30 lbs.

Lovely looking boy - and so lucky to have found you as his forever home !