Is he or isn't he? DNA Test Ordered...
This topic has been deleted. Only users with topic management privileges can see it.
P
P
Phishy Reply Quote

Hello everyone. My wife and I adopted this awesome dog back in May from the shelter we volunteer at. Sunny had a pretty rough start, he's from Florida, was found by his previous owner who couldn't keep him, he ended up at our shelter in upstate NY. He came in with heart worm and an amazing donor covered his entire treatment at Cornell University!

My wife and I met him when we signed up to take a shelter dog to an event at a local brewery, we took him to the brewery then a week later took him home. He's awesome. Anyway, the person who turned him in apparently said that a vet she'd brought him to a while back thought he was most likely a Basenji mix. I see some traits, however if he is Basenji what ever he's mixed with has dulled some of the typical characteristics of a Basenji. He's 35lbs, a bit large for a B. He barks, but he also howls and makes a ton of random noises (loves to howl with fire truck sirens, going up an octave each howl, it's hilarious).

Anyway, here are some pictures of Sunny. Any feedback would be appreciated. I did finally order a DNA test. I don't really care what he is, I just constantly get asked about his breed and I would actually like to be able to answer the question.

I guess this is also your chance to guess and actually find out the real answer in a few weeks! 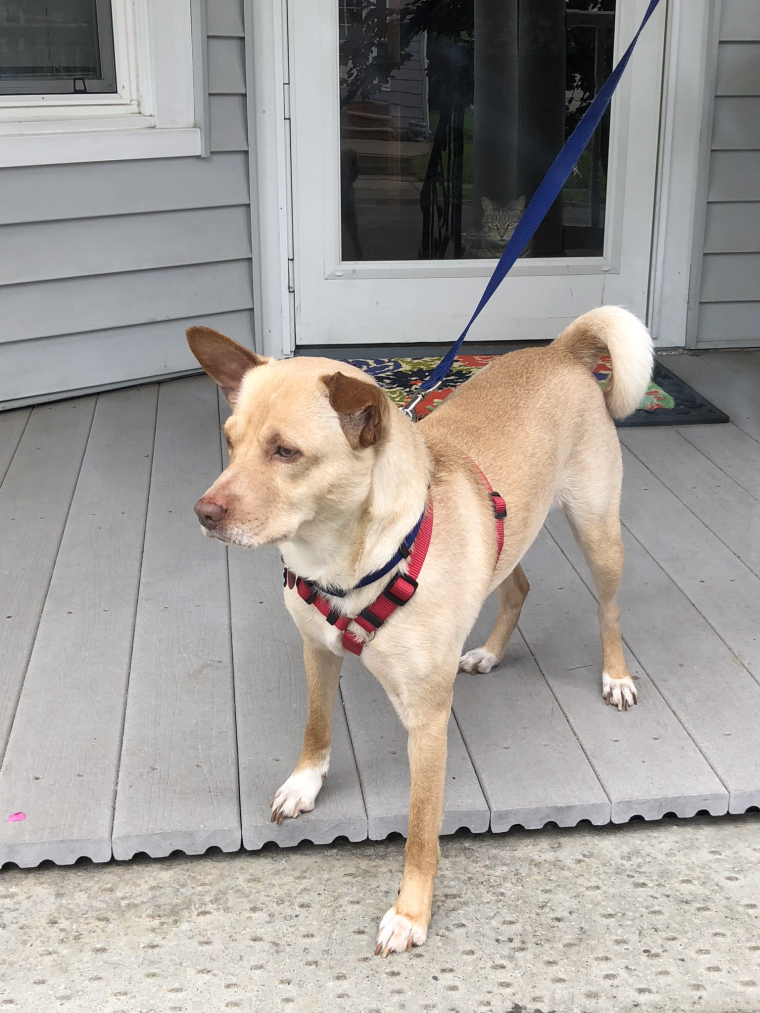 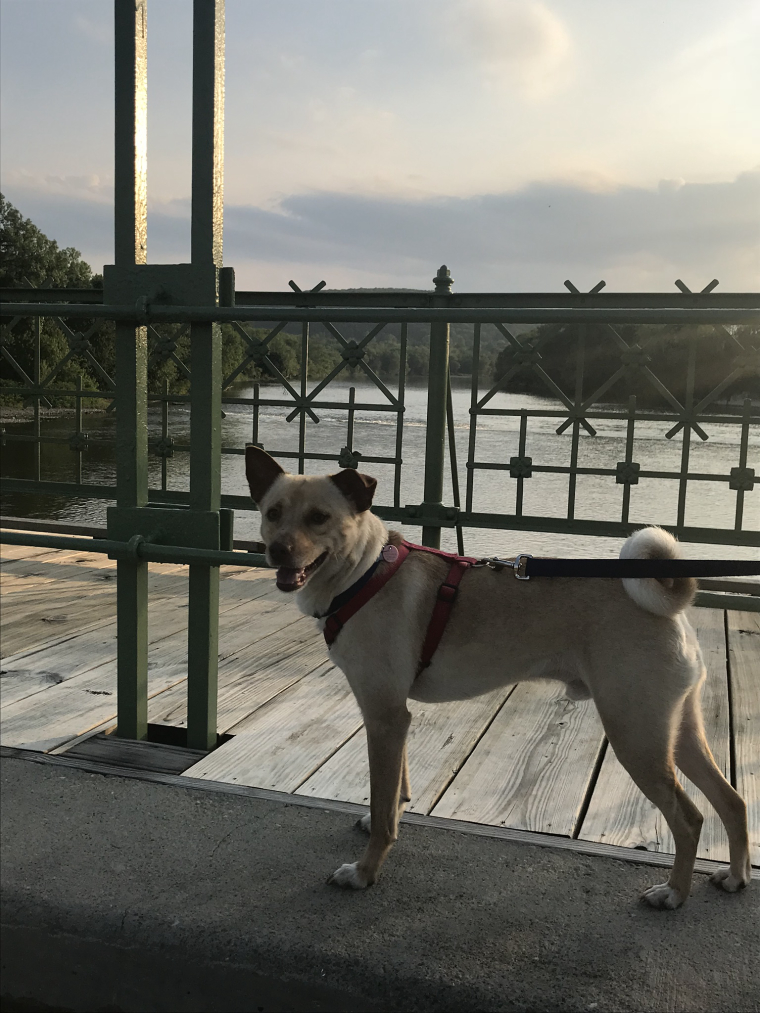 He's cute! Love the tail. My guess is basenji mixed with lab... can't wait to hear with the DNA results say! Please be sure to let us know.

Be thankful the mix part has dulled some of the typical characteristics of a b...

I would pick him as having some B in him, but not all of him. Please learn to Dremel his nails, as they can cause his feet to splay. If you can hear clicking when he walks on a hard floor, that is time to get the Dremel to work. he looks a grand dog, and seeing that he is likely to be half labrador, then get him into obedience. He should be great at being an interesting dog.

@redial Those pics are of right after we got him, his nails were long, we’ve since trimmed them, however the quick in his nails is abnormally long, the vet even noticed this and warned us about it, so we trim them as much as possible, but it still leaves him with pretty long nails.

So cool you're getting a DNA test. Will be so interesting to see what the results are.

If there is Basenji in there, I'd think it was pretty dilute - just enough to give him the character of a B ! But he is a lovely looking boy with oodles of charm.

I agree with redial, buy a Dremel, then you can trim his nails on an almost daily basis until you get them short enough. Another trick is to take him out in deep snow, and when the quicks are driven right back with the cold, take the clippers to him. Resco are the best, you want a clean cut NOT to squash the nail.

Let us know when you discover his provenance and good luck !

@zande I have been using a dremel and trim his nails weekly, we also walk him on sidewalks daily, it’s a slow process, but we’re getting there with getting them back to normal. I didn’t want to use a clipper for exactly that reason, didn’t want to split or crush the nails. Like I said previously the pics are from May/June when we 1st got him.

You are doing well with him and his nails. Good luck with the handsome man!

You are doing great !

A Resco has a blade and there is no crushing. This is another reason I have never let the Vet trim nails even though this is included in the monthly 'plan' of monthly payment to alleviate sudden shocks to the wallet.

My dogs got neglected during and immediately after hip replacement surgery so once I was fit enough, I dremelled them daily for a week before getting back to normal routine.

The 'up side' for them was more 'special biscuits' - rewards they get after nail cutting !!!

Snow is promised here but not immediately -