Do I have a Basenji???
This topic has been deleted. Only users with topic management privileges can see it.
A
A
annlorimer Reply Quote

This is is my granddog, Scoober, whom I dog sit for most weekends. My son got him from a pet store in a mall at 8 weeks of age and was told he was 1/2 Shelty and 1/2 Border Collie. As he grew and I walked him places, I got so many questions about my "Basenji". After several rounds of correcting them about his breed, I googled Basenji and was awestruck at how much he looked like this "Basenji" dog I had never heard of. I read and read about them and am convinced even more that we have a Basenji in the family.

What do you think? Does he look purebred or like a mix.

And why would a pet store not know what they are selling?

Sure looks Basenji to me! How big is he? What does he weigh? Does he bark? (some do, but not continuously). Pet store employees can be pretty clueless.

His back is 21 inches from the ground. He's about 27 pounds (I think I'm remembering that correctly) and yes, oh yes, he barks! I wish he knew he is supposed to be barkless. But he also yodels and sings and makes crazy sounds as well.

He is extremely handsome and I'd be SHOCKED if you did a DNA and he isn't darn close to or completely Basenji!

What do you think? Does he look purebred or like a mix.

You know, he does look quite Basenji. He's a bit big, and the fact that he barks tells me he may have something else in there. He could just be badly bred, and that's probably the case if he came from a pet store.

Pet stores just sell, they don't necessarily know much about any pups they sell.
A pet store is not a good place to get a dog.
-Joanne

The barking and the size make me think there could be something else in there, but I would guess mostly Basenji based on looks and the other vocalizations. Certainly a nice looking dog. Is he "biddable"? Likes to please you or independent? (Most Basenjis like to please themselves, not their owners!)

And if you do, make sure that you let us know the result.
I love that DNA stuff! "Wisdom Panel" is your best bet.
-Joanne

Typically, the more dogs in their testing, the more accurate. Thus far, Mars Wisdom Panel 3 has the largest group, including basenji and coyote and breeds most the others don't, making it the most affordable and most accurate UNLESS you want to pay out $200. In which case the newer Embark seems truly spectacular. Whatever you use, make sure they have basenji in their data bank. Most don't.

@eeeefarm
That one is very easy to answer. He pleases himself! His personality traits are to a tee what I've read about Basenji's. He is extremely smart. He's very driven by treats and I can teach him a new trick very quickly. He's very attentive and happy to work for treats but if it's something he doesn't really want to do, like roll over, he will do it but argues the whole way through it with those funny Basenji sounds. Sometimes it reminds me of Chewbacca's noises. Makes me laugh every time!!! He has very cat-like qualities like I read about. He will walk on the back of couches and places that most dogs wouldn't think of but you would find a cat doing any day of the week. He is obsessed with what's on the counters. He knows not to jump on them but I think he can't help himself. He is very impulsive and obsessive. He knows he's not allowed to stand on the table but he will do it anyway and look at me while he's doing it just daring me to make him get down. He will immediately get down but sometimes will jump right back up. He was very friendly with everyone as a pup but then all of a sudden one day, like flipping a switch, he became strange with other people and will bark, hackles up at new people every time. Interestingly, he used to hate water like most Basenji's, but now he seems to love it. My son takes Scoober and his roommate's dog to the park to play in creeks and ponds. Scoober always stayed at the periphery of the water while the other dog would swim and frolic in the water. All of the sudden last week he jumped in and swam and did it over and over and over on his own free will. The funniest thing is what he does when I take a shower. If I don't lock him out of the bathroom, he will get in and out of the shower over and over and over. All of a sudden, he doesn't seem to mind at all getting wet. In fact he will look straight up into the water coming down as if he just wants to take it all in. He is so entertaining.

Enjoy. I'm like a proud grandma talking about her grandkids. "Here, look at these pictures and videos". Haha. Iwhether he's pure Basenji or not, I know he has it in him and I realize he is something special and I'm really enjoying my time with him. He is very different from any other dog I ever had and definitely is a challenge but I love him.

The vocalizations scream Basenji, but the liking water is atypical. However, I have had a couple that didn't mind water and would voluntarily go swimming. I think you have a Basenji or perhaps a crossbred with a Basenji phenotype.

@annlorimer
I am so sorry, but that is my dog, when can I pick him up? Bahahaha, of course I am lying but he is absolutely enchanting! OMG, the tub digging in water, the beach, the photos. I'd be surprised if he isn't a purebred or darned nearly. Fantastic! Thank you for sharing.

@DebraDownSouth
HaHa Debra. Your comment made me laugh out loud. Scoober makes me laugh too!

"God help me be the person my dog thinks I am"

Sure looks like he could be basenji mix. The barking makes me think there is other dog breeds in the mix. We did a dna dog test with DNA MY DOG.

Well, a couple years later I finally did the DNA test on our precious Scoober. We had many ask if he was Basenji and a few people ask if he was a Canaan dog. Curiosity got the better of us and I bucked up for the Wisdom DNA test. Here’s what we got... 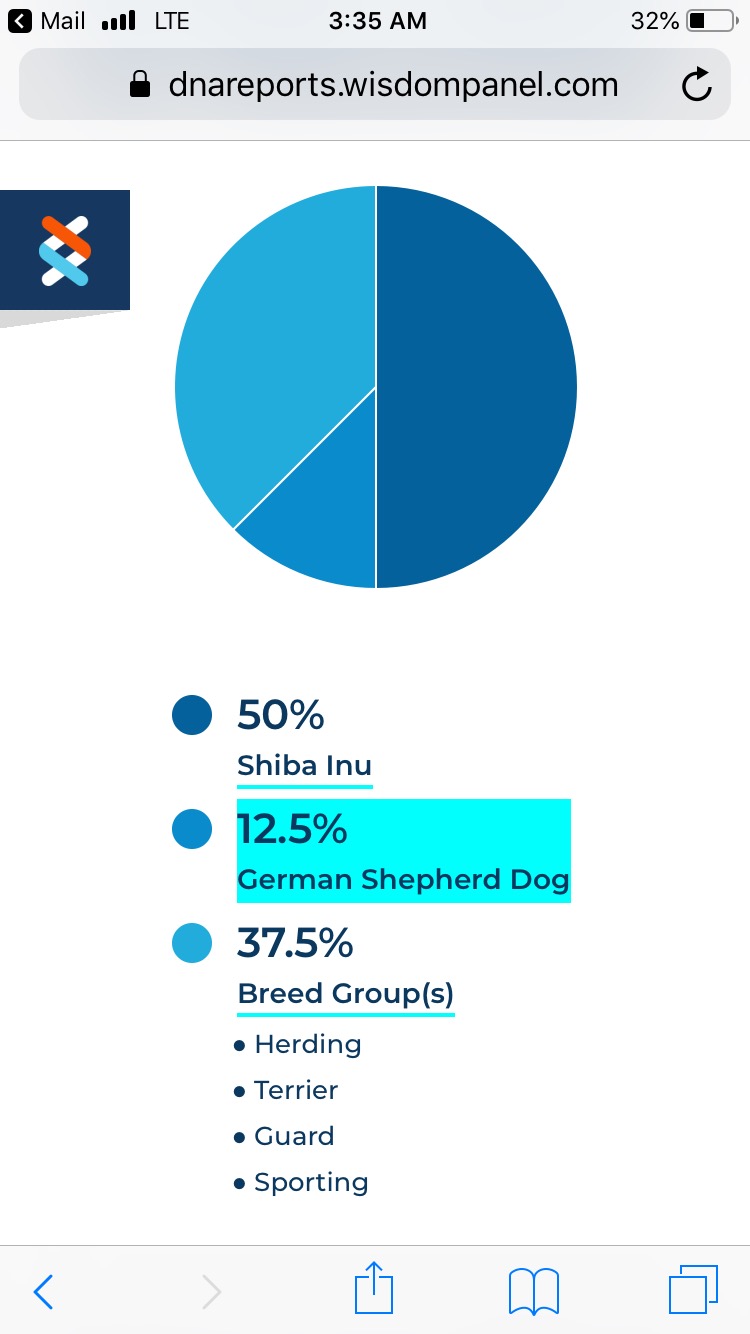 Haha haha. I’m still laughing. Not a bit what we thought!!! Guess I need to get off this site since he hasn’t a lick of Basenji in him

"Appearances are often deceptive"!! I think many or most suspected Basenji mixes actually are not, but your dog certainly fooled me. Phenotype certainly supports Basenji! And no, you don't have to leave this site. "A difference that makes no difference is no difference", at least for practical purposes. You could easily pass your boy off as Basenji, and with so many Basenji traits he seems to belong with this group.

ditto to eeeefarm... you belong... basenji, basenji mix, pseudo basenji.. it's all good!