How to Add Sparkle to Your Holiday
This topic has been deleted. Only users with topic management privileges can see it.

Now I see how the toy got shredded. They feed off of one another.

Yes, with two you will find this, and not just with Basenjis. My sister had two dogs that liked to dig in the dog run. After one had an injury they separated them so she could heal, putting her into a smaller run. Neither dog did any digging during that time, but once reunited the excavations resumed. Two will generally get up to more mischief than one, but two aren't as likely to be deliberately destructive as one with separation anxiety on its own. However, games can escalate into unintentional damage.

@eeeefarm I love seeing them happy. We’ll have to keep an eye open to keep them safe. I’m pretty sure I’ve graduated from Basenji 101 and maybe 201. 301 will require new skills though. Together they are fast.

Another cool observation is that Sparkle now looks me right in the eye. It took a few days, but I love seeing the change.

I'll get them a rope to tug instead.

Get hold of several pairs of panty-hose. 2, 3 or 4 depending on thickness. Knot them firmly together in the middle then again at about 2 inch intervals down to the toes. Try to have the last knot close to the end. (It hurts your fingers to get the knots done !)

Then go back to the other end, divide the panty ends into two and tie very firm knots at 2 inch intervals up each so you end up with a nice, springy three-way pull-able 'rabbit' - You will be able to join in the tug-o'-war too !

A neighbor gets me a supply of tights (as we call them over here) and I made one for each puppy in a couple of litters recently. Mku has several and loves fetching them from his toybox for Paul to play with him and for me to trip over. . .

Cheap, harmless and enormous fun for puppies and adults.

@zande I like that idea. Pretty sure I know where my wife keeps hers. I’ll post a picture when I’ve made it.

@jengosmonkey The knots need to be quite close together so there is enough fabric between them to stretch but not enough to unravel.

Pretty sure I know where my wife keeps hers.

ooooooo.... you're gonna get in trouble!

@elbrant said in How to Add Sparkle to Your Holiday:

ooooooo.... you're gonna get in trouble!

Can't help it. Do you suppose I got a Basenji because they best reflect my true nature, or have they trained me to be one of them?

And a rare non-tri from Stella, haha. CONGRATS!

@helle-devi Thank you! She really is a beautiful girl. We get compliments every time we walk them both. It's been fun getting to know her. Very different than both Logan and Jengo. I'd describe her as leather with lace trimmings. She can be sweet and affectionate while she firmly inserts herself between Logan and I while I'm petting him. She takes what she wants when she wants it and will demonstrate great patience if that's what's needed. I gave both Logan and Sparkle an elk antler to chew on. She wanted his instead. He chewed his for what seemed like 15 - 20 minutes. She watched the whole time. The second he got up, so did she. She slinked over and took it while he had his back turned. Then returned to where she was. Now she sat contently with a pile of two antlers. 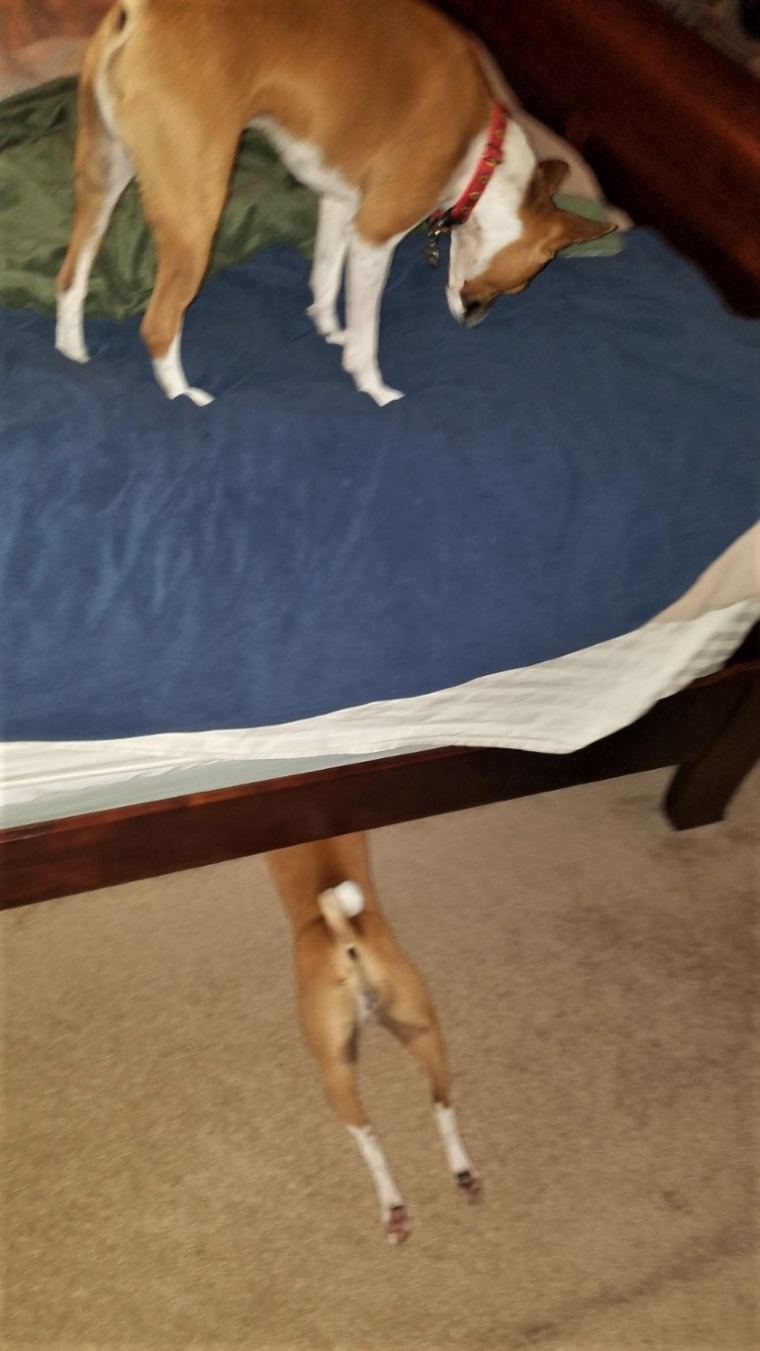 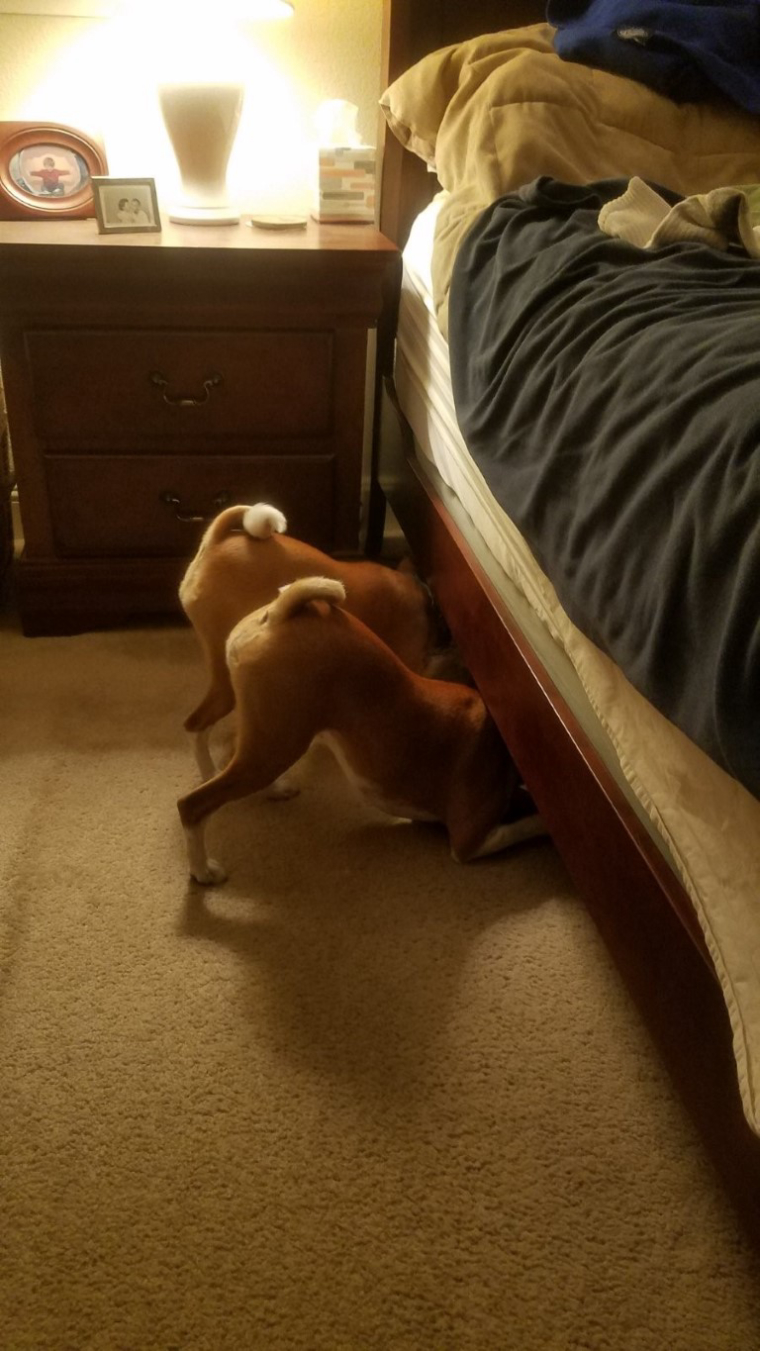 @jengosmonkey
So wonderful they are getting along.
Our girl just turned 8 and we should be making plans soon to add a younger pal to keep her on her toes!