Rescuing a stray basenji
This topic has been deleted. Only users with topic management privileges can see it.
M
M
mckay Reply Quote

Hello! I found a stray basenji that was on its own for months. No one could catch him. My son helped me get him. He was flea infested and smelled like putrid garbage when we got him 2 days ago. We brought him to the vet and got his rabies shot. And bathed him! I am trying to get him on dog food (rather than garbage that he has been scrounging for). We got rid of the fleas. The vet says he is between 1 and 2 years old and otherwise healthy. Here is where I need help. I have four dogs so I cannot keep him. I have learned in the past 48 hours that these dogs are unique in personality from other breeds. Can you help me understand the best type of owner/home situation for this little guy? We call him Tex because he loves country music. Help me understand this breed so I can make good decisions for him. I do not want him put on the street again (although that seems to be all he knows). He seems to have many of the breed traits I have read about. 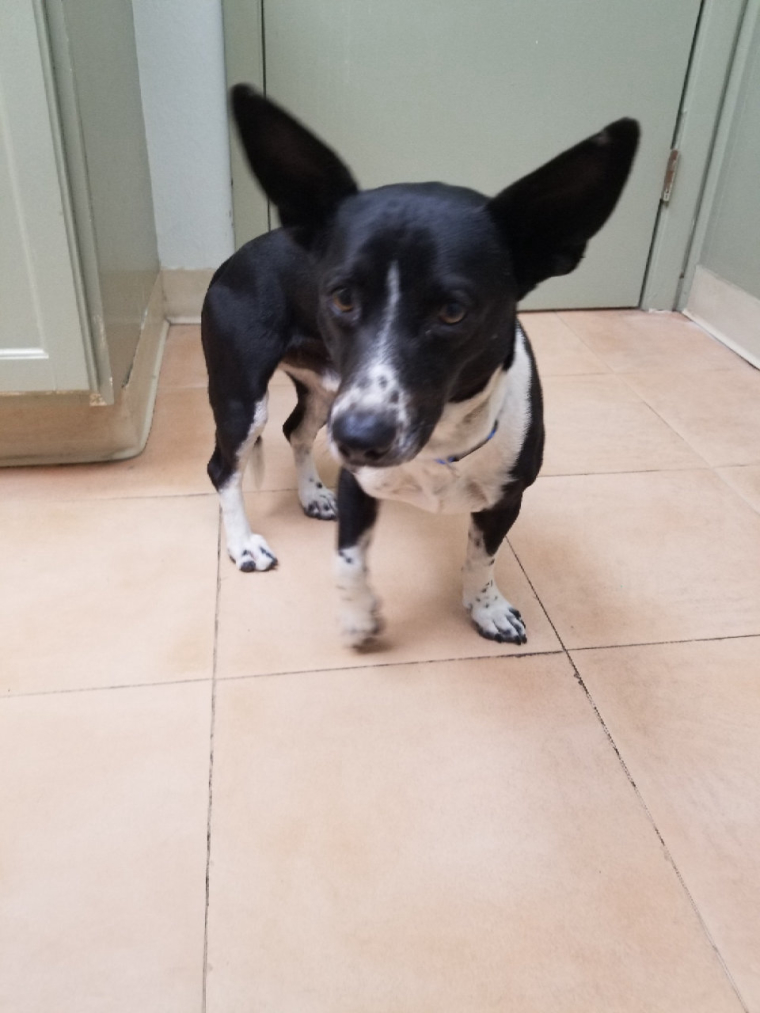 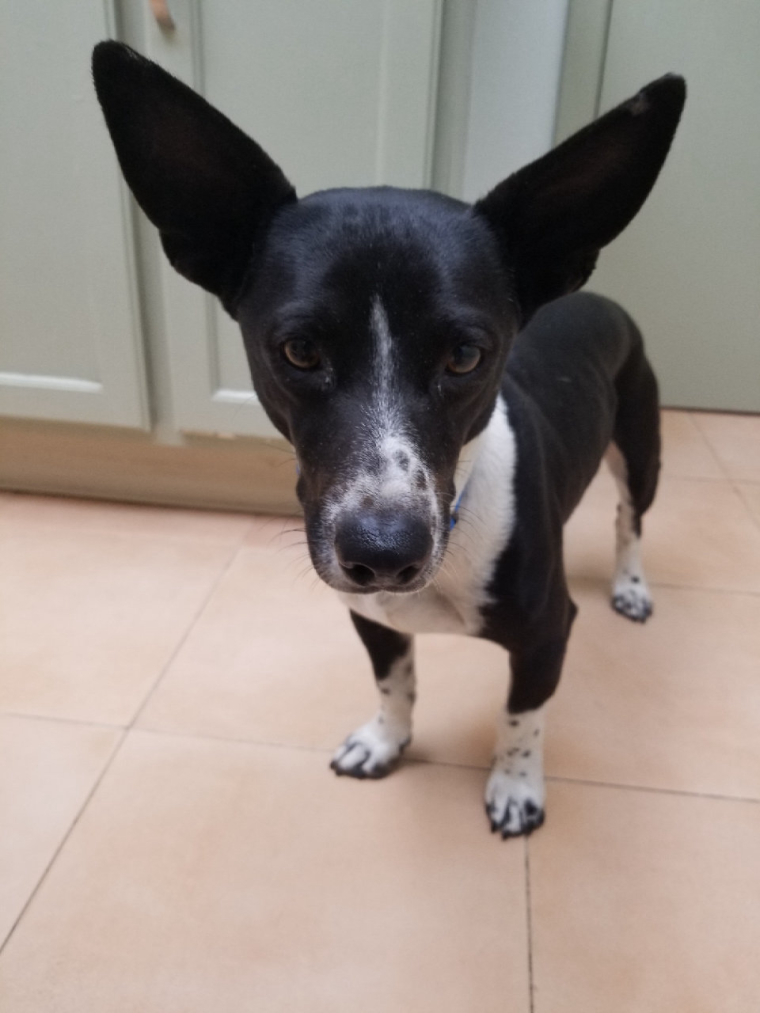 If he is a purebred and registered, he is likely tattooed. Or microchipped, but I assume the vet checked for that? There are some breed specific rescue associations you could contact. More information would be useful, perhaps a picture? Someone has likely been looking for this dog.

Please post his picture so we can see what he looks like. Basenji Rescue And Transport https://www.basenjirescue.org/ can help find a good home for him if he is indeed purebred because, like you said, they are not like other dogs. And if he has been on the streets for awhile, he may need a bit of rehabilitation before he goes to a new home.
-Joanne

There was no microchip. On our local pet boards, people had tried to catch him for months. He was very scared of humans. I am trying to figure out how to upload a picture. It was a basenji owner who thought he was one. The personality is spot on from what I have read. I have posted him locally all over the lost pet boards

I added pictures. Sorry they are so large. I am new to this forum and just figuring things out. I am sure he is a mix of some sort. As I said, a basenji owner thought he was one. Here are some traits that I found unique:

I am an American Bulldog mom so I am used to a dominant dog that must be handled differently than others. But, this little guy (22 pounds) is a quirky little man. Part of that is that he was stray for so long (and is not sure he wants to be inside OR eat dog food - he would much prefer roaming and eating a variety of foods, ie, roadkill). But, he does love an open crate with a warm dog bed and food and water available.

His personality is the main reason I think he fits in this category. I need to give him more time to settle in to know him better but he is different than any dog I have ever had and I have had lots of dogs. Quirky, but cute, is the best I can describe him.

He definitely looks like a basenji mix. Maybe beagle or corgi with those short legs. I recommend you find a basenji rescue organization. They tend to not work well with small animals including cats as they have a strong prey drive. They also tend to be best with another dog in the home best option is opposite sex as they have a strong pack instinct and they can tend toward dominance. They can be very affectionate but it depends how they were raised. They like to be warm and dry and tend to pee in the house if it’s raining or cold out. They are really smart and sneaky and they get bored easily which can lead to destructive behaviour. Mine are good with my kids but I would say they would rather not be around kids as they really like to sleep and they can be grouchy when woken up suddenly. So they need a home with someone who is very understanding. With him being on the streets he may be insecure which can lead to some testy behaviour. So someone with basenji experience would be very good for this little man. I would say no cats to be safe and no very young children, maybe 10 and up. A female dog and a stay home adult would be ideal. They aren’t great being left alone for very long periods of time. Thank you for catching him and taking such good care of him. Even taking the time to reach out and find out more about basenjis tells me you are an amazing person!

Thank you so much for your help! Your response was exactly the type of information I needed. I appreciate it very very much. It is 3 am and I am up because little man is bored. Definitely quirky but adorable at the same time. Thank you!

@mckay definitely go with Basenji Rescue And Transport https://www.basenjirescue.org/ They will help you quickly and have a large group of people who they can find a good home with. I volunteer with them and have donated to them for years, you can trust them.

@dagodingo - This looks to be a mix. BRAT has links for the group that helps with mix breeds

I am one of the Basenji mix coordinators for Basenji Rescue And Transport. Contact me at giza.1@mcsnet.ca and I can let you know what BRAT can do do to help you out.
-Joanne

@mckay
In what state are you located?
You are a kind and compassionate person (as most dog lovers are). Thank you for saving this little guy's life!

I am one of the Basenji mix coordinators for Basenji Rescue And Transport. Contact me at giza.1@mcsnet.ca and I can let you know what BRAT can do do to help you out.
-Joanne

Thank you Joanne! I will contact you. I appreciate the help.

@mckay
In what state are you located?
You are a kind and compassionate person (as most dog lovers are). Thank you for saving this little guy's life!

Thank you. I do love dogs and all animals and can't stand to see them suffer. I am in Texas. I just wrote Joanne to see if she can help me out with this little guy. Thank you so much!

@mckay Awesome and I am sure some good Karma coming your way for helping!

This guy is terminally adorable and you are terminally great for helping.

Where I am this guy would be adopted in a heartbeat but Texas is a whole different ballgame. Kudos for your work.

Where I am this guy would be adopted in a heartbeat but Texas is a whole different ballgame. Kudos for your work.

Ditto for where I am. I move a lot of dogs out of Texas, I don't think I've moved any dog TO Texas. (no, that's not true, I just moved one OK to TX... same difference).
-Joanne

Ditto for where I am. I move a lot of dogs out of Texas, I don't think I've moved any dog TO Texas. (no, that's not true, I just moved one OK to TX... same difference).
-Joanne

Hi Joanne. We lived in Texas briefly and were surprised by the lack of shelters/adoption facilities. You almost expect that in rural areas, but we lived in the Woodlands, which was a planned development north of Houston.

Here there is a "service" which picks up dogs, mostly from the Central Valley (CA), and takes them to NorCal, the Pacific NW, and BC. Seems as though spay/neuter has been so successful there that there are more homes than dogs. Here, in addition to no kill shelters, including a program for pets of abused women), the City "Pound" is super nice, with rooms complete with couches for the dogs and cats (makes them more adoptable), courtesy of a bequest by Joan Kroc (McDonalds).