Bringing Basenji in Plane Cabin
This topic has been deleted. Only users with topic management privileges can see it.

In May our Basenji will be 2 and a half and we are moving to the US from Colombia for 1 year. He has become very attached to us. He even screams when I walk out of the yard to go throw our trash out about 300 feet away. He does not like to be left behind. So we are concerned with him being put in a crate under the plane. I think he will he so anxious and might yell the whole flight. And worse, it’s a 6 hour flight. So we would like to bring him in the cabin. Technically he is too big. 16” long 16” tall and 23lbs. BUT I saw a few people say they have brought their basenjis in cabin no problem in a Sherpa. I looked them up and by his specs he fits in a L Sherpa. Which is not part of their pet guarantee on board. Have people used smaller size bags for their Basenjis when flying in cabin? Recommendations? We would feel sooooo much better if we could bring him on board. Thanks! 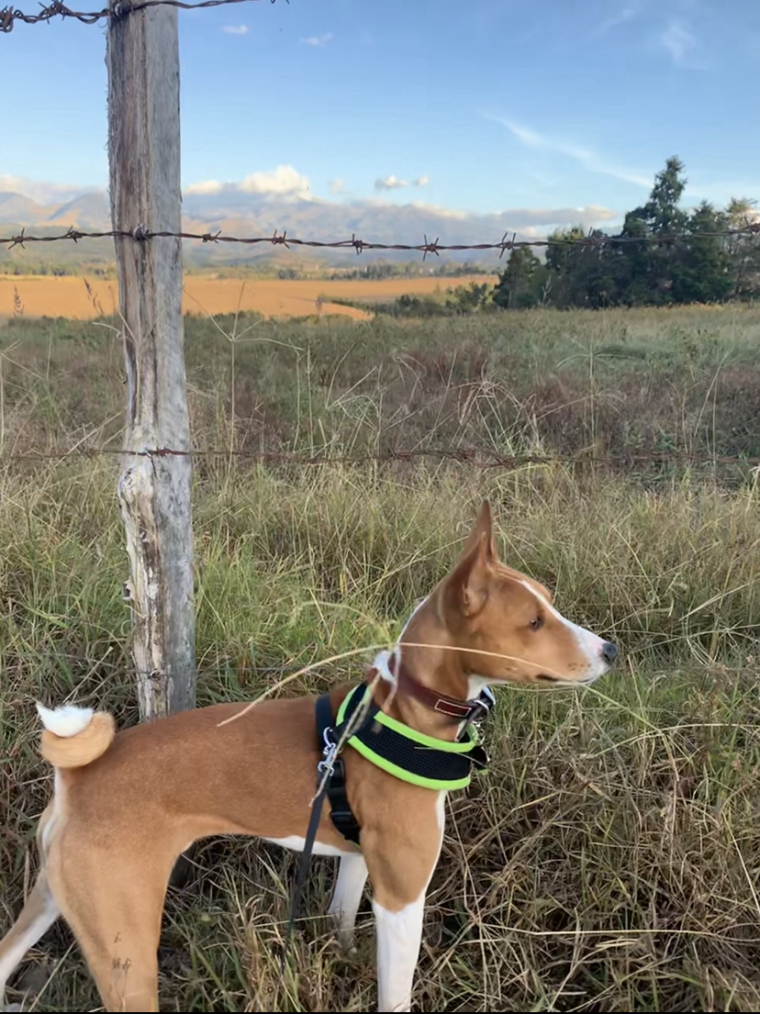 I am no help on this subject, but I just wanted to comment on how beautiful your Toby is!!!!

Same here bcorr92. Toby is a very beautiful dog. Here in Australia we can't have pets in cabins, but I have seen rather large cat crates in the cabins in both Germany and Russia when flying there. Best of luck and I hope things turn out well for Toby.

Hi, all three of my basenjis were fine in the baggage compartment but I have a Sheltie now who, because of the six years he spent in a puppy mill, would not be a candidate for the baggage compartment. How about going the "emotional support animal" route? I suggest you google that. You have to "guarantee" that your dog is well-behaved, etc, and there's paperwork but it is very possible that you could make that work for Toby, who is a beautiful dog, btw.

Well welcome to the US and hope you have a great year.

I would NEVER put a dog in cargo if there was anyway to help it. Too many possible issues. I've taken a pet in cabin a couple of times and it worked well, but no guarantees. Every airline has its policy on pets in the cabin. Toby will probably be over the limits, which might be 20 pounds, but I really doubt they will ask. If he fits in a Sherpa they'll likely let it ride.

Just make sure you call ASAP and get a reservation. One thing in your favor is that so many people claim their pet is a support animal that the cabin crew seems surprised that you're actually paying the kennel fee.

You might also consider some anti-anxiety medication. It might make things easier for him and for you. And finally, not sure how this works in Columbia, but in the US you have to take the dog out of the crate when going through security.

PS: Love those nice long legs! Such a handsome boy.

Mine have often gone cargo as puppies because many airlines refuse to let you have the dog in the cabin while the plane is flying over water (the Atlantic Ocean for example). This is why, if the destination was USA, we always flew them to Newark, New Jersey as that was the nearest airport once the Great Ditch had been left astern. Then the owner (I always insisted the owner come and fetch the puppy and fly back in the same plane) could dig the Basenji out of the hold and have it in the cabin for the onward, trans-USA, stretch.

Properly conditioned ahead of the flight, those 5 hours in the hold were a never a problem to the puppy.

I hate those enclosed varikennels airlines insist on but we'd get one in weeks before departure, feed the Basenji in it, give him / her a favourite bone ONLY when inside the kennel and so on.

For the flight, one-way=only diapers formed the bedding so the puppy remained dry even if. . . and I put ice in the drinking bowl so it melted slowly and was less likely to spill than water. Some airport staff seem to think swinging the crate is necessary !

A low residue diet for 48 hours or so before the flight meant the Basenji was less likely to have to soil the bedding. And most airlines have been very good at finding me a grassy space for the puppy just before he/she was embarked. KLM were super - way out the best !

The criteria as to the size of the kennel or the sherpa if pet-in-cabin was sanctioned before travel always seemed to be 'can the dog stand up with comfort' - but sometimes there was a requirement that the animal could also lie down stretched out.

With puppies, these exigencies were no problem but you may find your boy is over the weight limit.

Hope some of this helps - but good luck anyway. If hold travel is the only way, pick a night flight or make sure he has had a good long free run beforehand and is well tired out !

Thanks everyone. That’s all very helpful. We had considered the Emotional support dog route. But he is still in that puppy stage of just being a little too high energy. Maybe he will start calming down soon? As of now we are planning on doing a direct flight from here to NYC. Which is just about 6 hours. I think the night flight is a good suggestion. Also it’s our only option since the direct flights all leave around midnight. He does tend to be a little anxious. But hopefully he will do fine in the cargo. We are going to try and be more intentional in the next few months with putting him in his crate. As a puppy he always went in. And he found it a safe place. But lately we don’t ever make him go in it. So it seems more optional to him right now. Thanks for the help!

Get him familiar with the same type of crate he will need to be in on the flight, if it isn't like the one you are currently using. You need him to be used to it, and for it to smell like him, so he feels more at home.

As mentioned, in Australia no pets in the airport lounges, terminals, or aircraft. They have to fly in a special part of cargo, which is airconditioned. I have flown dogs all over the country, and international. Try and get direct flights, or the minimum of flights. The less stops the better.
I use frozen cubes with some electro lite with water, for their hydration - but not too much because of spillage. I had a dog fly from Sydney to Honolulu and was he glad to get out and have a piddle, (I did walk him heaps before the flight, and he did empty before the flight). Newspaper, for spills and something to cuddle into - don't use their blankets, as they will be destroyed by quarantine. It is okay to travel in cargo, but think of their comfort on arrival as well.

How about trying CBD oil for dog to calm him down? For some dogs being anxious and having high energy don't seem to wear off till they reach teen. My bf used CBD oil for his dog after knee surgery for pain and it seemed to soothe him alot. I know CBD doesn't effect dogs like marijuana does but great for calming effect. This can be helpful for his first time flight experience.

I would be cautious about using medication for a pet travelling in cargo.There is nobody there to monitor them if the medication has an unexpected effect. CBD is known to lower blood pressure in dogs. Altitude may also lower blood pressure. Who knows what the combined effect might be? Veterinarians generally don't recommend sedatives for air travel. I'd rather have an unforeseen problem I didn't cause than one I knew I was responsible for.....

Some airlines refuse to board animals who have been medicated within the past 24 hours. But Rescue Remedy is available in any health food store and works wonders on any nervous Basenji

@eeeefarm - agree eeeefarm.... Vets do NOT recommend any medication for pets traveling alone. At least not that I have ever seen.