Here is my Piper - 16 month old female
This topic has been deleted. Only users with topic management privileges can see it.
C
C
ChrisF Reply Quote 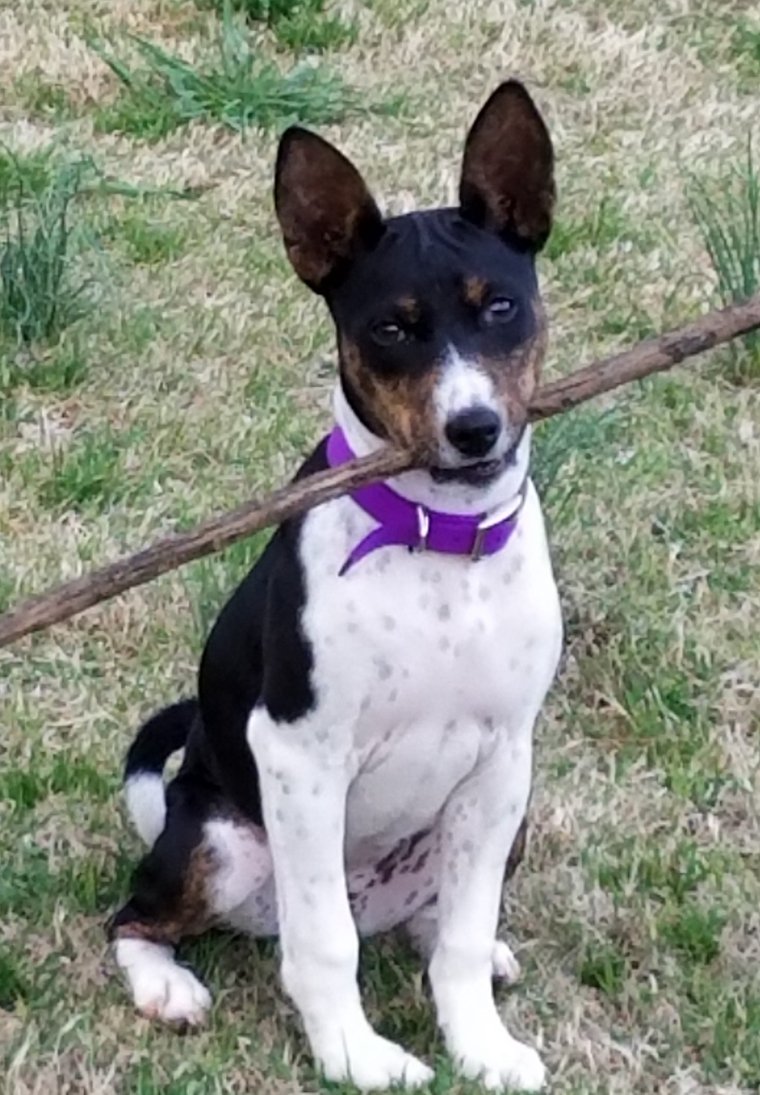 Welcome, and to the lovely Piper, welcome
also.

Any hints to making nail trimming any less stressful. I bought a thunder shirt, did not help. Today was a similar growling scene. This is one of her very bad tolerances. I did buy an herbal calmer but forgot to give it to her before we left. She knows what a muzzle looks like and she starts growling as soon as she sees that coming near her. Not even I have accomplished getting one on her, and she let's me do almost anything. If we do not go to the vet or the groomer she is happy and loving to everyone she meets.

The only thing is to condition her very gradually to the clippers by having them around her constantly, beside her bowl when she eats or in your hand when you give her treats etc. Then hold them in your hand while you pet her...rub them against her head or legs...rub them against her claws. This will take ages and require lots of high value treats! Once she's ok with the clippers in your hand, try 'snipping' within the vicinity of her nails, then snipping the tiniest amount off her nail while her foot is resting on the floor.
Don't forget Thundershirts have to be 'primed' to work properly ie. dogs need to wear them frequently when they aren't stressed at all, when they're content & happy etc.

I take it you have been trimming nails but she makes it difficult? For me, nail clipping isn't an optional activity. You don't like it, too bad, it will happen. That said, Basenjis are very open to bribery. If she is that opposed to the activity I would start with "one nail=one treat". If this makes her more cooperative I would use it but gradually cut back the treats to one per paw, one per two paws, etc.

Most animals don't like being tightly restrained. When things become too stressful it's good if they can walk away for a minute or two before you resume (make sure you have them confined to a room so it doesn't turn into a game of chase), and if they know you are persistent usually things will go fairly easily......unless you have inadvertently taught them that resistance in not futile! (don't make the mistake of letting go if they struggle. Wait until they stop, then reward by releasing)

My girl Tamu hated having her nails done. She would tolerate it for a while, but you could see her expression change. Finally she would have enough of it, and would vocalize "arrr" and grab the offending hand. She never bit down, she knew better than that, but made her objections clear. I would give her a break, (trying not to laugh), then start again. I was showing her at the time so keeping her nails trimmed regularly was essential.

None of my Basenjis has enjoyed this necessary evil, but they seemed to understand that cooperation got it over with quickly. I never needed a muzzle and mostly I did it with the dog upside down on my lap, feet in the air, either head or butt pointed towards me. We must have been quite a sight!

@yodelma I used the clipper when she was a puppy and that went ok, but progressively became more if a battle. About the time she turned 1 I decided to take her to the pet store groomer per my son's suggestion. She does not like the table that rises, or the head harness. They are very efficient with the power file and it is almost silent. But as soon as anyone holds her foot she is growling.

love puppies, they have that sweet innocent look.

here's to a long long happy life together with little or no grief!

ps. hopefully that is just a stick and not some pc of western furniture! : )

Nails are a "not an option thing."

I have different experiences than eeeefarm. I find if one is resistant, being totally confined can be the best choice. Can't move, lots of praise, make darn sure you don't lose trust by quicking a nail, super happy release and treat.

Ditto on muzzle...there may be a time when it is essential. Better to make it easy now than when there is an emergency need.

I find using a drummel type nail trimmer works well with my basenji.

@DebraDownSouth , regarding quicking a nail, I was always leery of inadvertently doing this, and would generally finish up the job with a file after the initial clip. Makes for a smoother edge to the nail as well.

@pete yes, a stick that I took away from her after I took the picture, and broke in 3 pieces so she would not hurt herself. She has never attacked furniture. I have plenty of yak cheese and toys on hand, so maybe I have done something right.

I have always used a dremmel, then a finishing file to smooth. But on dogs with really dark nail, it is nearly impossible to see so I do a very small amount and check,drill, check .