RubixCube
This topic has been deleted. Only users with topic management privileges can see it.
M
M
mixrescuer Reply Quote

Hi,
My dog a rescue from Alabama was given with a specific breed identity as her main part of the mix. She is 42 lbs at 7 months old and is quite energetic and super fast when she runs in the backyard. However, there are some features that look Basenji like and she is mistaken for one, but her coloring and a lot of characteristics are from her dominant breed. I may send for her testing but wanted to check if anyone can see a Basenji in her picture. 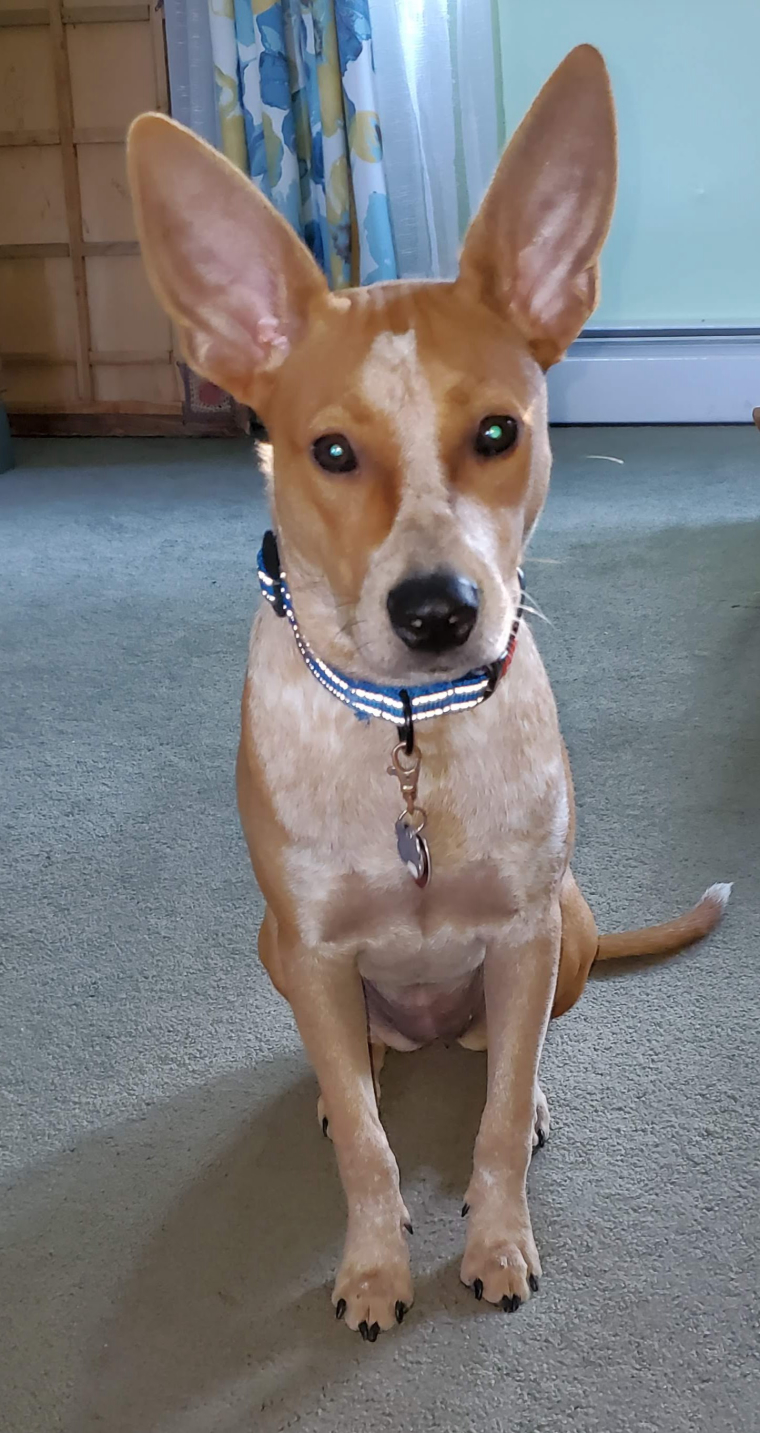 Yes, there are vestiges of a diamond wrinkle and she certainly could contain some Basenji DNA. If you do have her checked, it would be very interesting to know.

Meantime, love her to pieces and be glad you found each other - She's a lovely little girl.

She is so sweet - what is her name? She does look like she might have some basenji in her. Congratulations on your new pup - she is a cutie!

I'd like to see more pictures, e.g. side view standing. Colour pattern and head (if you ignore the ears) are suggestive of Basenji. What are her mannerisms? Does she bark? Clean herself like a cat? How is her training coming along? Difficult or stubborn or quirky? Lots of things that could point to Basenji!

That’s no Basenji. That’s a wabbit! 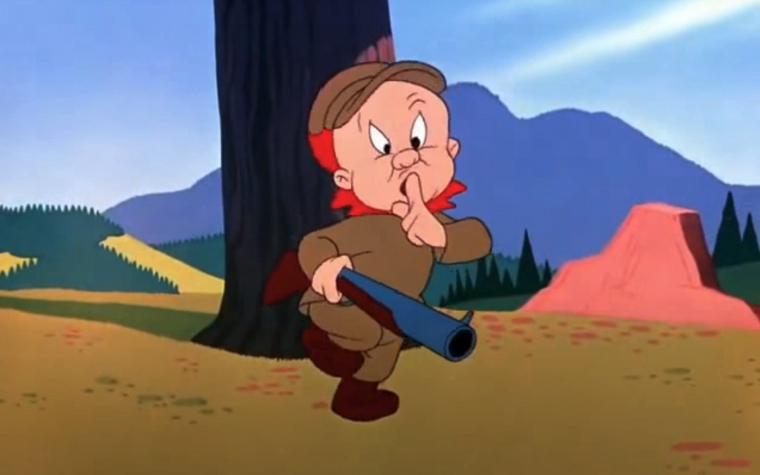 I LOVE those ears! Poor pup. I wouldn’t be able to keep my paws off them. I’d pet her ears all the time. A few more pics would be nice. Her head shape, coat and tail tip look like Basenji to me

Thank you all for your comments, yes, her ears are super prominent, aren't they? @JENGOSMonkey, for a week when she was new, her right ear was bending and I stopped touching those soft ears completely. So glad they grew straight up after

.
She is Ruby, affectionately called Rubix Cube.
She came to us from the rescue as an Australian Cattle Dog Red Heeler. She has a lot of characteristics of the ACD - nipping, biting, high energy, very close to one person in the family. But, she has smoother hair, a very sleek profile, without the stocky, sturdy build of an ACD. The furrowed brow is what got me thinking of a Basenji in her mix, and the coloring - mostly red/tan, white around the nose, white paws and the white tail tip, though no curl to it. She has a regular bark, but she doesn't bark a lot. She does not like to cuddle. Looking up dogs that ate anything brought me back to Basenjis. She is a compulsive cloth and rope toy chewer/swallower and super destroyer of soft toys. She keeps taking the stuffing out of any bedding she gets and proceeds to eat the cloth. Though she was between 3 & 4 months old when we adopted her, young enough I thought to get along with our cat, she never considered him as anything but a prey

. Basenjis are shorter than ACDs, so her being taller than the average ACD is another part of her mix that is a mystery. She doesn't have any of the other quirkiness associated with Basenjis.
I have a couple more pictures of her profile: 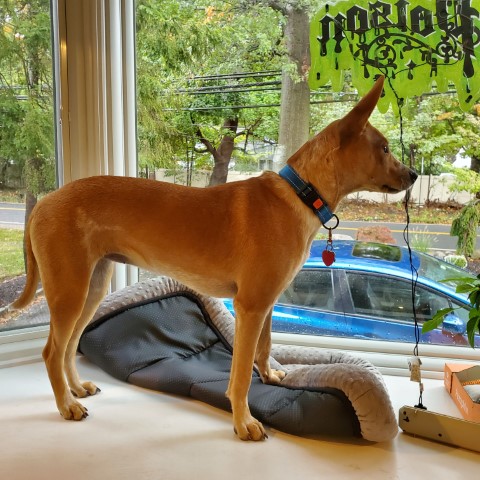 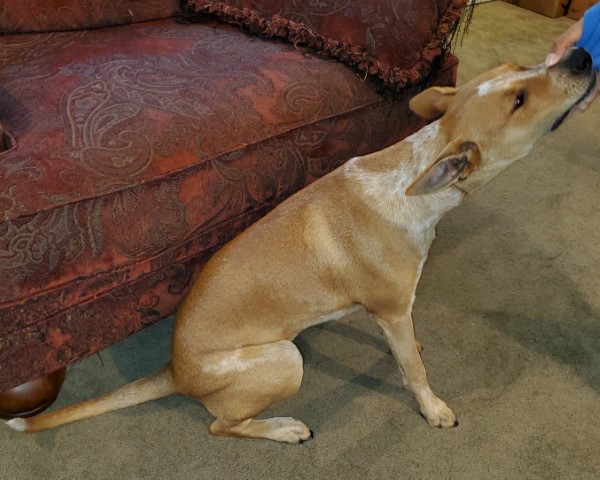 I would have guess Queensland Heeler/Basenji mix. I've seen a few here is Southern California. Some are stocky like a Heeler and others sleek like a Basenji. All try to herd their people.

She is really pretty and I know I would love her to pieces. So glad she in your life and you are in hers. Enjoy!