Chi-Rat....Basenji??
This topic has been deleted. Only users with topic management privileges can see it.
E
E
ekb444 Reply Quote

We adopted Stella a month ago and they guessed she was possibly Rat Terrier and Chihuahua. Since we’ve had her I’ve had a couple strangers stop me and ask if she’s part Basenji. I hadn’t even heard of that breed until now! She’s 22lbs and about 16.5 inches tall. She stretches out like a frog CONSTANTLY throughout the day and never barks. We’ve only heard a couple single barks from her and that was only when provoked by other dogs aggressively barking at her. Her tail doesn’t curl, but has a weird bump at the base...it would look more normal if it did curl! She doesn’t really play at all with us, but is HIGHLY obsessed with any type of rodent (which could also just be Rat Terrier in her!), animal or other dog she sees, hears or smells!

I’ve researched and saw articles talking about how rare Basenji mixes are, so it wouldn’t surprise me if she has none in her! Just curious for now. I’d like to eventually get a DNA test done. 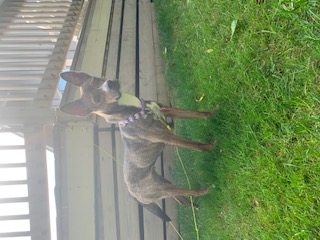 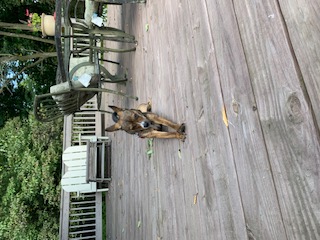 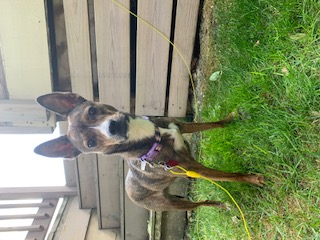 Face, ears, stance - look Basenji. You need to get a DNA test to verify. The dog is an absolute adorable baby!

Sorry but Basenji doesn't appear there to me. I'd go along with Chihuahua and something terrier-like. That said, she's a cute little number ! Enjoy her as an enigma but have a DNA test done if it matters what she is (other than adorable !)

! I'm not a breeder or show person but I have to say.....Basenji or not she is adorable!
I wouldn't worry that she doesn't play a lot with the humans yet. I got my almost all my Basenji's from reputable breeders so they were well socialized. It just takes them time to ascertain if you are worth playing with! Just love her and give her lots of attention and she'll come around in time. As with any of the high prey drive pups keep her securely in the house (take care with opening the door for any reason..... they can beat Houdini when it comes to getting out of a house or car) and never leave her in a fenced back yard without supervision. I have a solid 6 vinyl fence but when my pup is on the yard I'm at the patio door. I treat like I would a kid if I had a swimming pool..... it my eyes aren't on her when she's in the yard, she has to come in. No answering the door bell, no taking a minute just to grab the phone from the cradle. It only takes a second for them to squeeze through an opening and be gone and that high prey drive means they will dart into the street. Good luck with the little princess!!

@njdeb thanks so much for the advice!!

Our Basenji-Mix (only 2 vets verified, haven't DNA tested yet so bear with me..) has the same weird tail bump and I can't find evidence of it on any other dogs! So cool. She also does the frog pose alllll day long.

The ears say Basenji. I have never replied but felt I had to this time. I have a Basenji-Pitbull mix named Daisy. It was Daisy's ears (and behavior) that I discovered her to be part Basenji. I have not found another breed with the ears such as Basenji's have. I'm sure I will get "crap" because I have not had DNA or other testing done but there is no mistaking, Daisy is part Basenji. I think its important to know if your dog is part Basenji because in Daisy's case she is 98% Basenji and 2% pitbull concerning her behaviors and personality. Daisy is 2 years old and it has been quite a learning experience owning such a smart, stubborn, loving, mind of her own, amazing dog! Daisy is a mix but I have to train, teach, go outside to yell out frustrations cause of her (and no I'm not kidding, but never in front of her) and all that goes with a pure Basenji because trying to train her like a normal dog does not work.