Hugo
This topic has been deleted. Only users with topic management privileges can see it.
H
H
Hugo Reply Quote

Hello! I’ve posted a few pics of our new family member, Hugo. He’s a year old and we took him home from a rescue shelter. His paperwork has him as Shepard mix. A friend said he might be part basenji and other than a deep bark when he’s feeling unsettled, he seems to fit some characteristics. I don’t have the greatest photo of his curly tail and it’s not curled as tightly as I see In most basenji photos. The best one I have for now is the shadow pic.
Whatever he is we love him! My favorite note here is that my 8 year old Egyptian mythology buff and I noticed that Hugo looks like Anubis (before we knew anything about the breed). Sure enough I read that it’s thought that the basenji does indeed have the likeness of this ancient Egyptian deity. So cool. 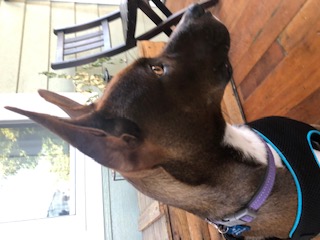 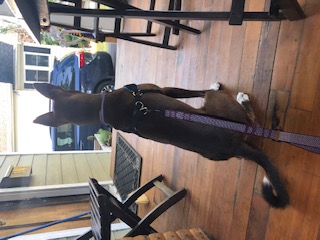 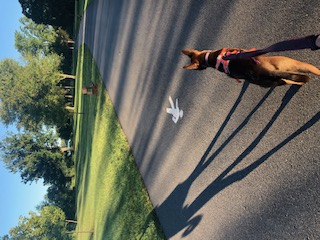 @hugo
Hugo is a beautiful dog - looks like he should be in front of an Egyptian Pyramid! He is “force to be reckoned with”.

My basenjis, proven by pedigrees, will give 1 deep 'woof' when startled.
If Hugo just gives one, that is a basenji characteristic.

Thank you for the comment! It may be more than one woof and it sounds deep. It’s not many though. He’ll stand at full attention at a passerby, maybe one to three barks (not usually though, usually just tracks them intently) and may wimper or chortle a bit. He does make other sounds but not distinctive enough for me to identify as basenji yodels.
Perhaps we’ll do a DNA test. I’ve learned so much about this interesting breed in just the last month. If he is indeed part basenji we’re in for a treat AND a run for our money. We’re up for the challenge though and and looking forward to it.

Our first half Basenji came from a rescue and she was described as "half shepherd and half collie". She was just a little ball of fluff, but as she grew, our vets told us "she is DEFINITELY part Basenji." She grew a single curl tail, never barked (she could but she didn't) , made strange sounds (which I now know were baroos) and she could balance on her hind legs like a champ. She was much furrier than a full bred Basenji, but her behaviors were pure Basenji. (we researched Basenjis) When our sweet Goldie passed away at 13, we decided to get a pure bred Basenji, and our Cassie came from BRAT. We became confirmed Basenji rescuers after that. Basenji or no, you are going to have SO much fun and love with Hugo. Congratulations on a beautiful boy!

He is a beautiful boy.
-Joanne