Posts made by NancySS
posted in Member Introductions • read more

Welcome! You are doubling the fun (and the craziness) with TWO Basenjis! I have one (Binti needed to be an only child but I love her with my whole heart. You might want to join Basenji Rescue and Transport website also, there is lots of interaction on there and fun pictures and you will also meet more nice people who are slaves to their Basenjis.!![alt text]( 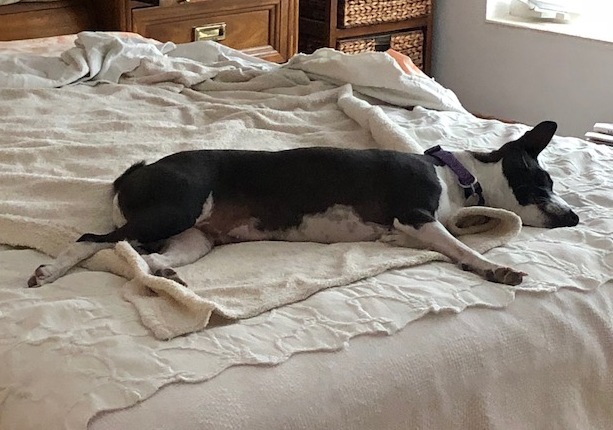 image url) This is Binti helping me make the bed!!!!

Our first half Basenji came from a rescue and she was described as "half shepherd and half collie". She was just a little ball of fluff, but as she grew, our vets told us "she is DEFINITELY part Basenji." She grew a single curl tail, never barked (she could but she didn't) , made strange sounds (which I now know were baroos) and she could balance on her hind legs like a champ. She was much furrier than a full bred Basenji, but her behaviors were pure Basenji. (we researched Basenjis) When our sweet Goldie passed away at 13, we decided to get a pure bred Basenji, and our Cassie came from BRAT. We became confirmed Basenji rescuers after that. Basenji or no, you are going to have SO much fun and love with Hugo. Congratulations on a beautiful boy!

She is a beauty, whatever breeds she is. Obviously you two share a lot of love together. Wonderful!!!!

I am praying that your sweet Lenny will feel better soon. God bless him real good!

SUCH beautiful Basenjis!!!! Kiss them both on the nose for me!!!!

How wonderful!!!! Congratulations! You and your family are in for shenanigans, fun, laughter and love.

Draco is absolutely beautiful. It looks like you and he have wonderful adventures together.

Nobody does sleep like a Basenji!!!!! Hank is beautiful!!!!

What wonderful pictures of dear Jengo. Thanks for sharing them!

Dear Greg-I know what a hole these curly tailed little clowns leave in your heart. Jengo was well loved and obviously adored you. God bless both of you.

Oh, I love Moose's face! He is just beautiful. He looks Basenji-ish to me, but whatever he is, you two are going to have SO much fun and love together!!!!!

@kimimiles
Welcome! I'm Nancy from Florida and I am owned by a black and white beauty named Binti. She is the light of my life as I am sure your Basenji is to you. There are so many nice people on this site, I think you will enjoy it.!! 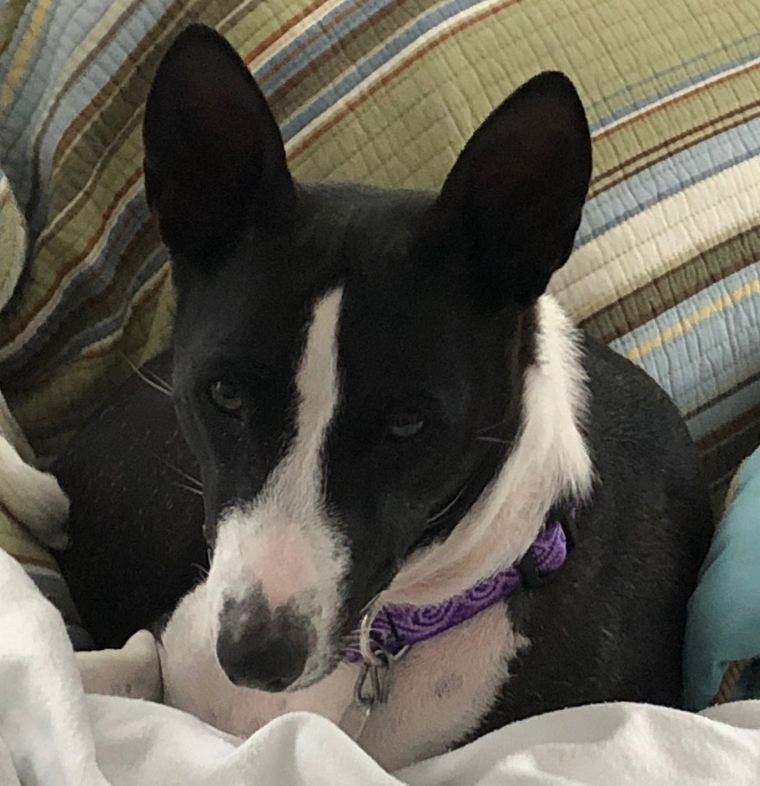 @zande Dear Sally-Good luck with the new knee! I had mine done about 12 years ago and I never have had a moment's problems. Just do the exercises the docs tell you!!! I will keep you in my prayers. Please let us know how you are doing.
Best regards,
Nancy Scott and Binti

What a wonderful story of loving Basenjis! Prayers for you and your sweet Basenjis!

While I applaud you for wanting to rescue this little Basenji, they are not doghouse kind of dogs. They want to be with their human pack as much as possible, and keep in mind that just because they are an African breed, this little girl may have been out of Africa's climate for many generations and may not fare well in intense heat. My black and white girl does not do well in our FLorida heat for example. She prefers the air-conditioned sun she lies in inside the house. Basenjis are escape artists as well, and she may be able to get out of your yard.
If you cannot keep this self-cleaning, low shedding dog in the house with you and you cannot locate the owner, Then Basenji Rescue and Transport is a good place to turn to find to find this little girl a loving home with Basenji saavy fosters and adopters. Best of luck to both of you.

Thank you for rescuing Connie. She is beautiful and she looks like a Basenji, but as others have said, looks CAN be deceiving. If you had just said she was a Basenji, I would not have doubted you. At any rate, enjoy all the love and fun you both have in your futures.

@sandy-hovis Where are YOU? I live on Anna Maria Island?

You and your beautiful Simba are going to have a lifetime of fun being best friends!!! Basenjis are SO funny!!!!