We adopted Loki from a rescue center in Huntley, IL in Feb of 2010. She had been run over or abused and had a broken pelvis when we got her, the rescue center didn't know and we found out when we took her to the vet for the first time.

She is a VERY well behaved dog now but she still can't be left alone in anything but the car of all places. If it's a nice cool day out and we go out to dinner she'll lay in the car until we come back, it can be a few hours and she doesn't budge.

Take her home and try the same thing and she goes bonkers. We can't even leave for 2 minutes without her doing the Basenji screaming and sets out to destroy anything she can get ahold of. Since she is part Shepard she has the ability to bark, at 47lbs she sounds like a 100lb German Shepard! Quite shocking to hear actually, we love it but she very rarely barks.

This is Loki by the way, I came here because we may be crazy enough to go for Basenji mix number two from the same rescue center. We currently have Loki in doggy day care and hope that a second dog will keep her happy at home, we aren't sold on what second dog we'll get yet but we are going to look tonight, we'll see how this other dog does, it's going to be as a fostering first to make sure the dogs get along.

Any suggestions on how to keep Loki from becoming the insane lunatic she becomes when we aren't home would be very helpful! Sorry this post is all over, I have to head to the train and posted this very quickly! 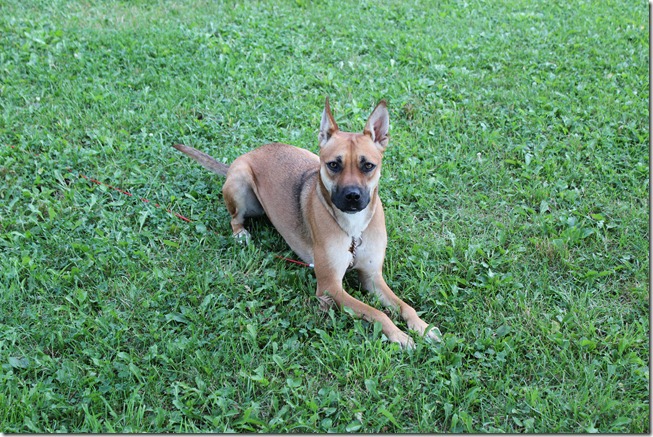 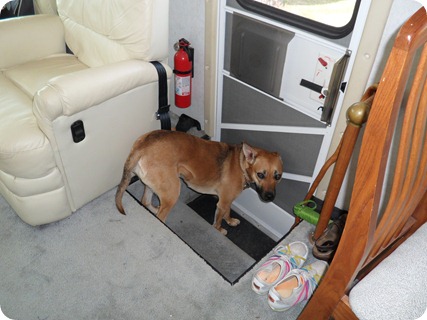 23 views and not even a hello, tough crowd. Loki is getting a friend, we are hoping to pick up another Basenji mix this weekend. This might not be a training issue but we are hoping to be able to rescue another dog and help Loki deal with her issues when alone in the house.

Have you talked to a vet and/or a trainer about your options in dealing with Loki's apparent separation anxiety?

Separation anxiety can be a tough problem to solve. Getting another dog may or may not improve things, as I am sure you know. Do you by any chance have a secure outdoor area where you could leave them? That worked for us in summertime. Although our girls were not house destructive they were much happier to be outdoors in a large run with sun and shade and water. One alone would have preferred to be indoors, as I have since discovered.

last edited by
B
B
basilboy7 Reply Quote

Sorry you didn't get a welcome. I didn't see your first post either. Both dogs are very attractive. Check under some of the old threads. Seperation anx has been covered quite a bit.

Have you talked to a vet and/or a trainer about your options in dealing with Loki's apparent separation anxiety?

Yeah we have taken her a few times and the dog doesn't have this issue at the trainer, she behaves perfectly. The Vet says get another dog or try to leave for short periods until they are long enough for her to get used to it, this hasn't worked. Whats strange is we can take her to a campsite and she'll stay in the RV no problem, we can leave for a short while and she is fine. Same with the car, she can see us leave and she just lays down until we get back.

It's just at home, she doesn't make it 2 minutes before she does that God awful scream, the first time I heard it I had no idea it was Loki! I had to call the police and let them know if somebody calls and says a woman is being tortured it's just our dog unhappy we left and screaming like a lunatic. Holy cow how does an animal make that noise, on purpose?? :eek:

So she goes to doggy day care which I'm fine with and Loki loves it but on weekends or going out for Friday night date night we have to take her with or pay somebody to care for her.

We are hoping to be able to foster care for the other dog which we are told has no separation issues. My wife is going to look at this new Basenji mix tonight and see how the two get along and we'll take it from there. There is also a Shepard mix that we are interested in that is about Loki's size, we have noticed she gets along best with dogs her size.

Smaller dogs she growls at, if they don't treat her as little miss alpha and we quickly check her for that, larger dogs she tries to dominate and usually gets away with it.

Loki knows her place in our home, she tried to assert herself as pack leader when we first got her and we quickly made it clear she is last in the house, last to go upstairs or through a door.

She can now be off leash at home and when we get home she waits for us at the door and then waits for everybody to get in before her. There has been times we have had a niece and nephew over and she tries to get in front of them but we check her and she quickly backs off. She is great with kids and the most lovable stubborn dog I have ever had.

I swear at times she could be a cat…

Separation anxiety can be a tough problem to solve. Getting another dog may or may not improve things, as I am sure you know. Do you by any chance have a secure outdoor area where you could leave them? That worked for us in summertime. Although our girls were not house destructive they were much happier to be outdoors in a large run with sun and shade and water. One alone would have preferred to be indoors, as I have since discovered.

We tried to put her outside but she starts that screaming and it scares the neighbors and made the kids cry that live behind our house. We left her for 10 minutes and I walked home the back way to see how she was doing, this was when I discovered she can hit probably 110 decibels with that scream, or more.

She also has the bark of a 100lb German Shepard! How something that weighs 45lbs can have such a deep powerful bark astounds us.

When we adopted Loki she was found in Indiana and scheduled to be put down. She was at the Huntley rescue for 2 days, enough time to get her spayed and that was all. Nothing was known about her except she was so damned cute and lovable.

We quickly found out she had a broken pelvis, which was either a car or an abusive person. We are guessing abuse because of the way she reacts when we leave the house. We think it's possible she was badly abused and then dumped onto the streets.

Getting her treated for the broken pelvis was very expensive and then we had to treat her for worms, she was infested with them. The first few months were difficult and I still have to watch the tone of my voice because if I raise it, just a little she becomes instantly skittish, which is so strange coming from such a self confident dog.

She litterly can go skittish in an instant, once my wife went to walk her when we were out traveling in our motorhome and Loki lost it, she started flopping on her back and looked to be convulsing but it was a panic attack. My wife gave her a sedative and she was fine after that. We took her to the Vet to see if it might be something more serious and he couldn't find anything wrong after testing for everything.

It's almost as if the dog was bi-polar, 99% of the time she is fantastic. Easily house broken, she never has accidents. She mostly listens, it's just this thing with the house that has us stumped. We are looking at local facilities that we can take her to that specialize in this sort of thing but they are costly and don't have openings until the Fall.

Sorry you didn't get a welcome.

I should never log onto a forum before coffee, sorry to get sensitive, my wife would laugh at that.

I didn't see your first post either. Both dogs are very attractive. Check under some of the old threads. Seperation anx has been covered quite a bit.

I have read more about this one topic than when I restored a 1969 Chevelle SS but nothing has helped with our situation thus far unfortunately.

Perhaps it is time to go and talk to a certified behaviorist…someone that will come to your house and actually look at the behavior when and where it occurs. Maybe medication will be needed in order to slowly adjust her behavior.

Is she crated when left alone?

It's difficult to comment with advice on separation issues when you have no idea of her background. It seems to me that something has happened to her in a house when she was alone in the past as you say Loki is quite content to stay in a vehicle.

Having the other dog (very handsome) may help but you are wise to check that out first - the worst scenario - you could have 2 dogs screaming! Sorry to be flippant.

I would agree with Moth about the possible need for a behaviorist.

Welcome to the forum to you, Loki and possibly A N other.