What a beautiful dog. There are free apps that use photos of dogs to analyze dog breeds. It’s not the same of course as doing a DNA test. I really like Dog Scanner and Gozer. Your dog may be part Norrbottenspet. Like my rescue dog, it’s definitely a wonderful mix.

I put a couple of sardines on top of his dried food.

I’m sure that there will be lots of ideas to help your new pup feel at home. Perhaps you can take a soft blanket back to the breeder and rub it on their mother, so they have the scent. My rescue dog that we got a few months ago at first wasn’t really eating. A friends told me that occasionally she gives her dog water packed sardines. It really worked. I’m sure things will get better.

Oh yes Shiba Inu comes up to, as well as terrier and oddly French bull dog. It depends on the photograph. He is definitely much more than a chihuahua. A DNA test is definitely in his future. Meanwhile I know that like a Basenji, he should never be off leash, and we always need to make sure the gate is securely shut, or he will probably run off after an interesting scent.
I’m glad the pound picked him up, and then a rescue selected him from animal control.

Thank you so much for the response. Sorry about the sideway pictures. The woman who had basenjis was remarking on his tail and behavior. He does have a basenji air about him. I have uploaded his pictures on 3 apps that will calculate the breed of a dog, often it comes up with part Basenji, but just as often Carolina Dog, which is considered the American Dingo. He was a stray, and I’m happy that he now has a home. He really is a great dog.

We adopted an amazing dog from a rescue. We were told he was a chihuahua mix. I became concerned that he didn’t bark, our previous dog was a Jack Russell who had been

our family member for 15 years. He barked at himself barking. I finally looked up dogs that didn’t bark, and became aware for the first time of the Basenji.
Our new beloved dog, has so many Basenji traits, he weighs 22 pounds. We have encountered several people in our local park, including a woman who raised Basenjis and told us we have a Baseniji mix. I know only a DNA test will tell us for sure.
I have gained insight from this site on the traits, that are so different from our Jack. Our new dog is a delight. He does occasionally vocalize, and will now bark, but very rarely. He grooms himself like a cat. We had a Russian Blue for 19 years, and our new dog almost reminds me of her.
He is amazingly strong for his size, and has the sweetest personality. He can leap like Superman, and is very intelligent but does things his own way, as if he first reasons things out. For a rescue dog, we were amazed by how much he already knew and kept hidden at first. 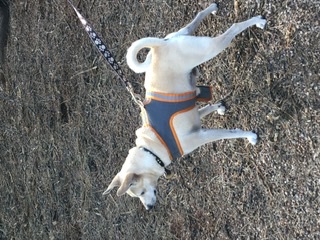 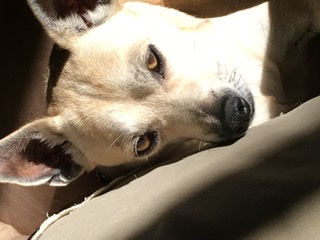